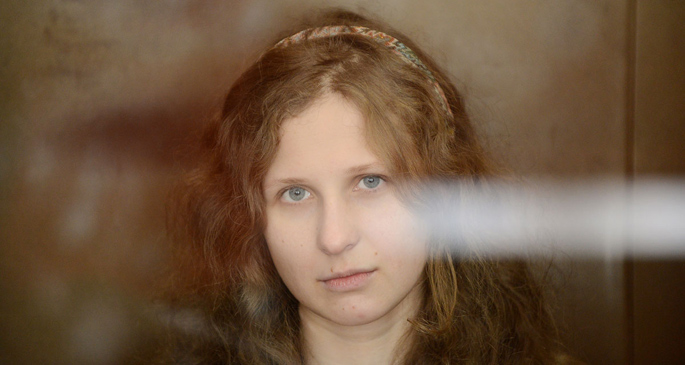 In the latest fragment of news from the Pussy Riot camp, currently-jailed member Maria Alyokhina has begun a hunger strike in protest to the Russian court’s decision to prohibit her from attending her own parole hearing. Alyokhina’s Pussy Riot bandmate Nadezhda Tolokonnikova was denied parole last month, so it’s hardly surprising that she doesn’t have much faith in the system as it stands.

Forbidding her lawyers to take any further action in the parole hearing, Alyokhina has become the most high profile prisoner to date to refuse to take part in Russia’s highly-criticized justice system. She instead appeared by video-link, and was required to file all motions by fax, which clearly delayed proceedings. After a day of the hearing, Alyokhina announced her hunger strike, no doubt aware this would raise the profile before things continue on Thursday.

Alyokhina was wryly critical of the whole affair, saying “Let the troika sitting here – the judge, the prosecutor and the colony employee – decide my fate,” a reference to the supposedly long-gone Soviet era where sentences were issued without trial. [via The Guardian]