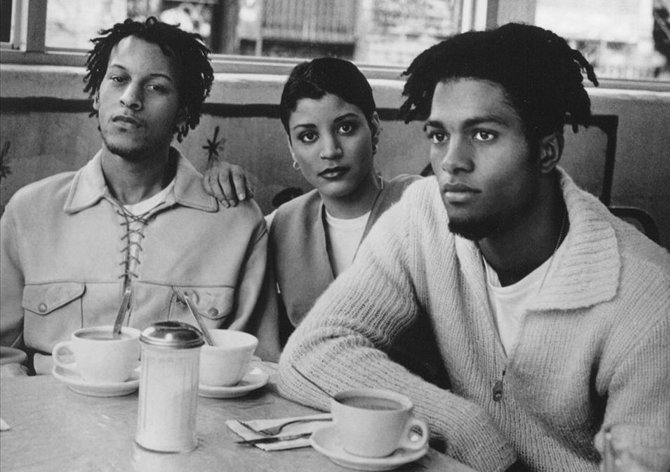 If you like your hip-hop laid back to the point of being horizontal, Digable Planets will likely already have pride of place on your hard drive.

Consisting of Ishmael ‘Butterfly’ Butler, Craig ‘Doodlebug’ Irving and Mary Ann ‘Ladybug’ Vieira, plus touring DJ Silkworm (who would later come into his own as King Britt), Digable Planets were a major force in the early 1990s alt.rap scene. 1993 debut Reachin’ (A New Refutation Of Time And Space), notable for smash ‘Rebirth Of Slick’, laid poker-faced rhymes over backing tracks schooled in cool jazz and Grant Green. 1994’s Blowout Comb saw them expand their palette, bringing in the likes of Guru and Jeru The Damaja into the fold and beefing up their sound considerably.

The group split soon after, although they reunited in various permutations throughout the 2000s. After a period in the wilderness, Butler’s career has also had a second lease of life: trading as Palaceer Lazaro, he’s the mastermind behind critically feted wyrd-rap unit Shabazz Palaces.

Light In The Attic – home to recent reissues of PiL’s First Issue and the Searching For Sugar Man OST – will handle an expanded Blowout Comb reissue. Following on from this year’s repress of D’Angelo’s Voodoo, sub-label Modern Classics will put out the record next week. Blowout Comb will arrive with liner notes from Larry Mizell Jr., and will come with an embossed cover and 18″ x 24″ poster.

Blowout Comb will arrive on May 28 on Modern Classics. [via Pitchfork]