“I’m not trying to justify nothing”: RiFF RAFF defends himself against accusations of minstrelry live on air 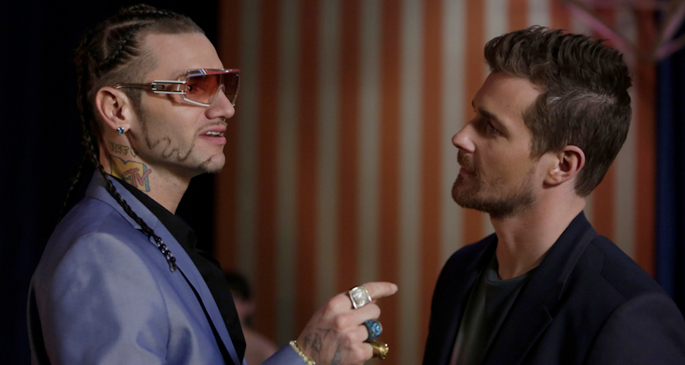 Influential New York radio station Hot97 today grilled polarizing rapper RiFF RAFF and asked him the questions many have been wanting to throw his way since he burst onto the scene. Station veteran Ebro, clearly not a fan of the Houston-born rapper’s chosen path, told RiFF RAFF that to him the rapper’s persona was a big problem, saying “It looks to me like a stereotype of a certain type of black person”.

RiFF RAFF defended himself at length, and without giving too much away about his background (he’s been notably mysterious for some time now) he seemed to eventually get the trio of interviewers at least partially on-side, noting that he represented a desire to “have fun and not have nothing negative around me at all times”.

To be fair the grilling is a little insistant and definitely pushes into mean spirited territory at times, with Ebro basically throwing the same accusation at RiFF RAFF for the interview’s twenty-odd minute duration, but it makes for interesting viewing, and offers discussion on a question many of us have no doubt pondered.

We’ll leave you with this choice quote from RiFF RAFF: “I don’t like being around humans.” – make of that what you will.