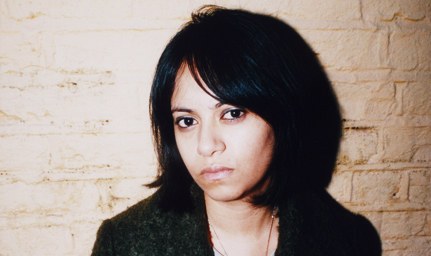 Ikonika will release a new album on Hyperdub on July 29.

Ikonika debuted on Hyperdub with 2008’s ‘Please’, part of a run of singles (alongside Zomby’s ‘Mu5h’ b/w Rustie’s ‘Spliff Dub’ remix, Quarta 330’s remix of Kode9’s ‘9 Samurai’ and Darkstar’s ‘Need You’), that added new colour to a label that had previously centred around Kode9, Burial and The Bug. She followed that with two more singles, ‘Millie’ and ‘Sahara Michael’, before releasing the impressive Contact, and has since spent time developing Hum & Buzz, the label she runs with her partner Optimum.

Aerotropolis‘s lead single is titled ‘Beach Mode (Keep It Simple)’, featuring Jessy Lanza – you can stream that below, while tracks ‘Mr. Cake’ and ‘Backhand Winners’ have been floating around the ‘net for a little while. We caught up with Ikonika to find out more about the album:

The album’s called Aerotropolis, which I thought was quite evocative – it’s a city centred around an airport, which I suppose ties into the fact you grew up around Heathrow, but it also sounds like it could mean a city in the sky. Why did you pick it, other than the fact it’s a cool word?

It’s about height, getting high and become distant. Finding escape routes and fantasying about moving to the offshore colonies.

How long after Contact Love Want Have did you start writing with an album in mind?

These tracks were made under a year ago and they were all intended for this album, ‘Eternal Mode’ is the only exception; I spent the longest on this track, reworking and such. 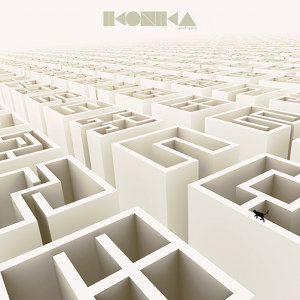 The new album sounds a lot more polished in terms of sound quality – have you found it a struggle, as I think a lot of people do, in making everything sound more pro without losing the naivety you have when you first start making / releasing music?

I actively chose to not limit myself with the sounds, devices and processes on this album, well as much as I could afford really. It does sound more polished, I actually had to go back and sort of ‘dirty it up’ as the first lot of demos actually sounded way too crisp, because I was so determined to sound expensive and digital and perfect and clean. I had totally forgot about the overall feeling of the project, which for me only comes from imperfections and exaggerations.

Some of the track titles are wicked – ‘Lights are Forever’ and ‘Let A Smile be (Y)our Umbrella’ in particular. Is there any particular theme that runs through them, or are they a bit more random than that? And do they tie into the Aerotropolis title in any way?

I was actually thinking of calling the album ‘Lights are Forever’ but I really fell in love with the technical presence of Aerotropolis. I hope it can be felt in the tracklist. I like idea of it simulating a flight, take off -> cruising -> landing.

You’ve said before that you know when a track’s done because you can lie down and listen to it with your eyes closed and none of it jars you. Is that still the case?

Yes. I guess I’m quite tolerant.