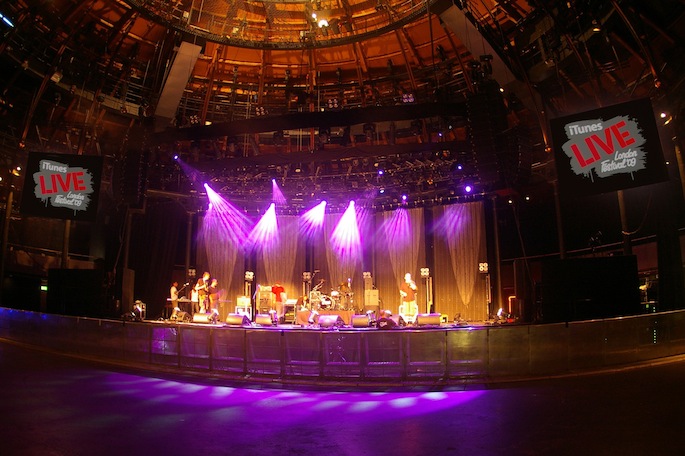 Apple’s free concert series is back this September.

Launched in 2007, the iTunes Festival is a series of free concerts held every night throughout September at London’s Roundhouse. The initial line-up is highlighted by Queens of the Stone Age, Justin Timberlake, Phoenix, and Primal Scream and is rounded out by Jessie J, Thirty Seconds To Mars, Jake Bugg, Jack Johnson.

The festival has hosted Paul McCartney, Amy Winehouse, Adele, Jack White, and Oasis, among hundreds of others. Last year, the festival was moved to September after originally being held in July.

Tickets are distributed by lottery and through contests held in US, Australia, Brazil, Canada, Europe, Japan and Mexico, and the concerts will be streamed online for free to iOS devices. More information is forthcoming on the festival’s website.