“I can stomach being around him”: Gucci Mane and Marilyn Manson hit the studio 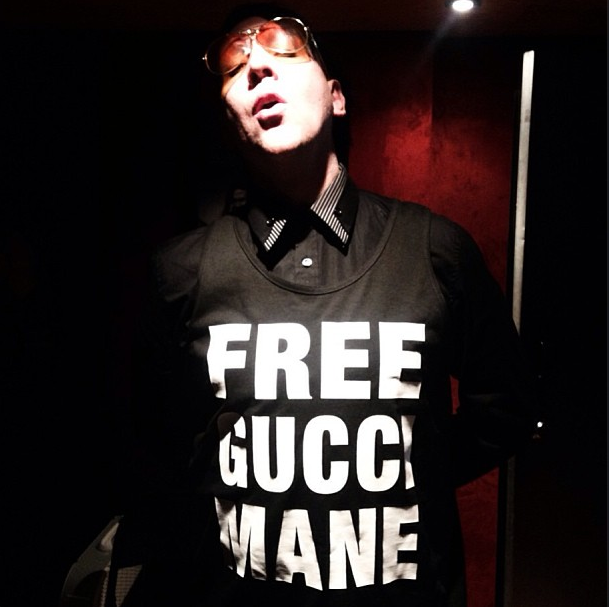 In a forthcoming interview with Fader, Gucci opens up about recording with the goth rocker after the LA premiere of Spring Breakers.

That’s my boy man. We got the dopest record in the world, me and Marilyn. Me and him got one of the craziest records ever made. We made it whatever day Spring Breakers came out in Cali. He came to the sneak premiere, and after we did the red carpet and watched the movie, me and him went to the studio and made us a record. That’s the day that we met and began being friends. He’s cool as hell, I fuck with him hard. He ain’t the averagest white boy. He got swag. Me and him together, he don’t get on my nerves. I can stomach being around him. He cool.

Apparently, Manson wrote the hook and rapped a verse, with Gucci’s help; as FADER points out, Gucci rapped “Sitting in my mansion/ Listening to Marilyn Manson” on 2009’s ‘Overboard’.

No word on if or when the track will see the light of day, but surely it will be better than Manson’s last rap collaboration. Meanwhile, Gucci Mane tweets that a new album entitled Mr. Guwop is due this fall.