Stefan Goldmann‘s music operates at a crossroads – a saloon town where techno, contemporary classical and sound art meet and mingle. Villalobos has turned his focus on ECM in recent years and Berghain has gone off-piste with the techno/ballet MASSE project, but Goldmann has been flitting between stools throughout his career. The Berlin native has […] 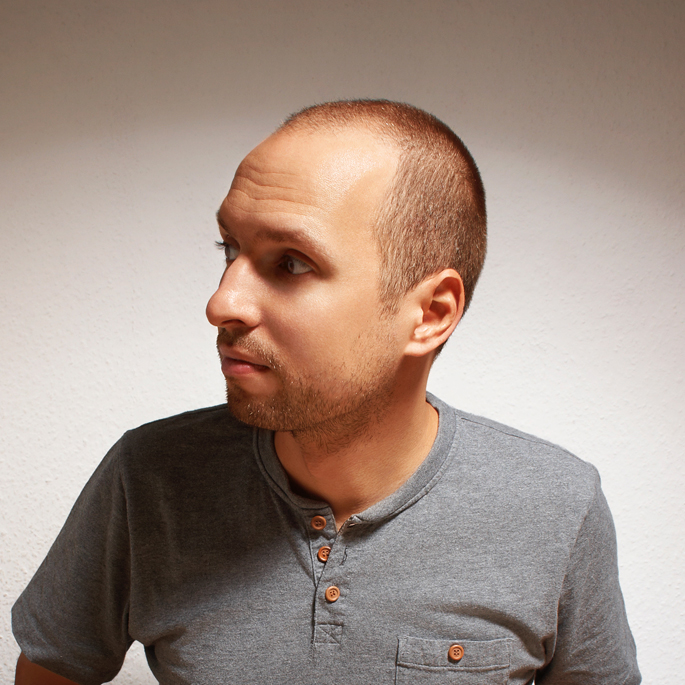 Stefan Goldmann‘s music operates at a crossroads – a saloon town where techno, contemporary classical and sound art meet and mingle.

Villalobos has turned his focus on ECM in recent years and Berghain has gone off-piste with the techno/ballet MASSE project, but Goldmann has been flitting between stools throughout his career. The Berlin native has served his time in clubland, putting out singles and 12″s on Classic, Perlon and Cocoon (including 2007’s inspired sort-of-hit ‘Lunatic Fringe’). His interests however, have continually looked beyond the demands of the dancefloor: 2009’s Le Sacre De Printemps offered a palimpsestic reimagining of Stravinsky’s 1913 opus, compiled from scores of different recordings of the piece, and the previous year’s Voices Of The Dead was a thoughtful commission for the French National Libary. Cassette output for Tapeworm; pitch-shifting experiment 17:50; recent live album Live At Honen-In Temple, recorded in an antiquated temple in Kyoto – Goldmann’s career is characterised by experiments and unexpected collisions. He’s a fine curator, too: his Macro label has spent the last five years mapping the hinterlands of electronic music, providing a platform for Pete Namlook and Peter Kruder.

On the eve of his debut live London show at Reviveher Hackney Wick Loft Party this Saturday, Goldmann spoke to FACT about Bulgarian chalga music, the GEMA furore, and finding magic in metal. Head here for tickets and further information about the performance.

“The more drunk you are, the more fun it becomes.”

What was the rationale behind your investigations into pitch-shifting on 17:50 – and how would you describe the results?

Rationale suggests logic, and initially it was just about the opposite. There’s this notorious Bulgarian electronic music style called chalga – it’s very nasty stuff that has these very wrong melodies. The more drunk you are, the more fun it becomes. Spending a great deal of my time in Sofia, I increasingly asked myself why there’s no such thing in techno. You know, that melody-driven post minimal stuff that was dominant around 2005-08 has faded and there hasn’t been much going on in terms of melodies ever since. It just all felt worn out. Eventually it occured to me that it’s chalga’s tunings that made it possible to take the most utterly simple melody and turn it really exciting again. A very specific way of bending its pitches. So I put that into techno and I could work on melodies again without feeling they come off as cheesy, at least not to the regular definition of cheese. They should be, but they actually don’t feel like they are. I could be very artsy with it without sounding like IDM at all. And that’s always a good thing.

Tell us about Live At Honen-In Temple – what was it like playing in that space? And how do you think a sense of location comes across in the recording?

The temple is mind blowing. Usually it’s closed, so you can only see it from outside. For the concert, people had to walk through the corridors and gardens of the whole thing to find the music room. They were all blown away before any music was heard at all, just by the setting itself. Pretty ideal for a performance, because by the time I started people were really receptive. You don’t get such ideal conditions in any regular room. That’s the part that doesn’t translate in the recording. In this case the music was very neatly tailored to the site of its presentation. Hopefully a part of the joy from listening to it now is imagining what it might have felt like there. It seems to me that music will be more often concerned with making it increasingly frustrating to just download a file that’s stripped off the specific experience. That’s a result of digitalization and how it rendered recordings inflational. When you make music you hope it will have a meaning and touch people emotionally or intellectually, and that’s hardly possible being a particle in a flood of files. So many musicians make engaging the audience face to face their main field of expression again, rather than touring their recordings. Think of really good live acts: You see the video and you know this must be so much more exciting to experience right there. While when you see someone pressing buttons on a laptop you go “I do this too, right here.” I guess creating experiences were it really matters where and when you hear it are gaining importance, even over a 60-stop tour where you know tomorrow night it’s the same thing, only somewhere else.

Some of your previous works – Le Sacre Du Printemps in particular – have involved deconstructing or recontextualising other people’s work. I wondered if playing in the Temple was a reverential act, or a provocative attempt to turn that ancient site to new purposes?

I’m not much interested in using other people’s work for provocations. This would be routine because it has been done a zillion times. It really wouldn’t be interesting for anybody. I’d rather try to find something that has not been obvious before and work with this shift of attention, as in the Sacre edit. It is a bit of a tribute, but also quite a departure. As for the temple, it is their policy to open up for this kind of event. I’d rather see it as a great chance for a unique performance than one for tooling them.

“It’s important to me not just to do an Ableton DJ set of my own stuff and call it a live set, but to actually change stuff around in a continuous flow.”

You’re coming to London for your first performance in some time. How is your current live set-up working?

It’s actually the first time I play live in London. During the last years I’ve only played DJ sets. The live set is based on my tracks plus some unreleased material, which I am all remixing live. I bring a drum machine, effects and an analog sequencer, so I can re-program all the beats in real time. It’s important to me not just to do an Ableton DJ set of my own stuff and call it a live set, but to actually change stuff around in a continuous flow.

There’s been a lot of consternation amongst Berlin-based DJs and producers about recent proposals from GEMA. Have you noticed Berlin’s dance culture coming under strain?

From a PR perspective this was a disaster for GEMA and a win for the club owners. From what I know, I guess it’s very unlikely this will happen anytime soon in a way that would harm clubbing. I’m far more concerned that politics might change around. We have seen that happening in New York, in Osaka and Kyoto, in Paris… it is a miracle clubbing could develop the way it did in this city. We’re lucky Berlin depends on it economically, really, otherwise this would have been over a long time ago.

Macrospective came out last year – how do you feel the label’s developed over its five-odd years of activity?

Initially I was very happy to have a reliable outlet for my own productions. It was never our goal to have a constant schedule, so we have kept our roster very tight. It doesn’t mean we are not looking into new exciting stuff, but we don’t have to sign tracks just because another month is over. That’s the important part to me – having great artists who get our full attention. It is something I have missed with many labels I used to release on, who were more concerned with the DJ careers of their owners in the first place. At Macro I’m especially proud of Elektro Guzzi who built so much in the last few years. I’m really happy we are releasing their stuff.

What projects does Macro have in the pipeline?

We have new material by Raudive aka Oliver Ho and Elektro Guzzi. Last year we experimented with formats we hadn’t done before, such as a DVD. For the next albums I’d love to go beyond the regular formats too. We’re still trying to figure out what would be the best way to do this with the music we got.

And what are you currently working on?

A bunch of remixes and a commission for the Only Connect festival in Oslo. For the latter, I’m doing a performance with three percussionists who have to translate electronic sound into acoustic sound. How do you make a piece of metal sound like a ring modulated synth? That kind of task. I expect it to be quite fun. It was one more opportunity to create something for a specific place and to look at techno from yet another perspective.