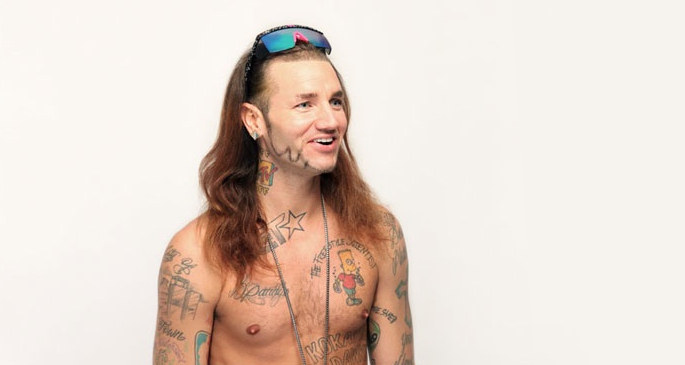 Steady the buffs: two of contemporary music’s most contentious figures have a full-length collaboration on the boil.

As outlined during last week’s trial-by-Rosenberg, few people can get backpackers’ backs up quite like rap game Liberace RiFF RaFF. As you already know, American brostepper Skrillex is also an acquired taste. It’s not hugely surprising, then, that the two have found solace in each others’ work: Skrillex has been fingered as a contributor to RiFF RaFF’s forthcoming Neon Icon LP, and the pair have had a song in the works with singer-for-hire Skylar Grey for a couple of months (they’ve also been documenting their burgeoning friendship online)

In an interview with MTV Australia, RiFF RaFF has inadvertently revealed that the pair are collaborating on a joint album. When quizzed about his in-studio activities with the EDM behemoth, RiFF RaFF said:

“Me and Skrillex have an album coming out. I mean we have a song coming out. Oh sh*t. That’s what I do when I speak too soon. I can’t tell you more than that. MTV exclusive!”

The rapper also drenched Skrillex in praise, and suggested that the recording was “real easy”: “He’s one of the most creative people I know, so when we go in there we just put together songs easy. It’s nothing.” The interview also sees Jody Highroller confirm that A$AP Rocky, Asher Roth, Action Bronson, Wiz Khalifa and Mac Miller will all appear on debut LP Neon Icon, which is being executive produced by Diplo.