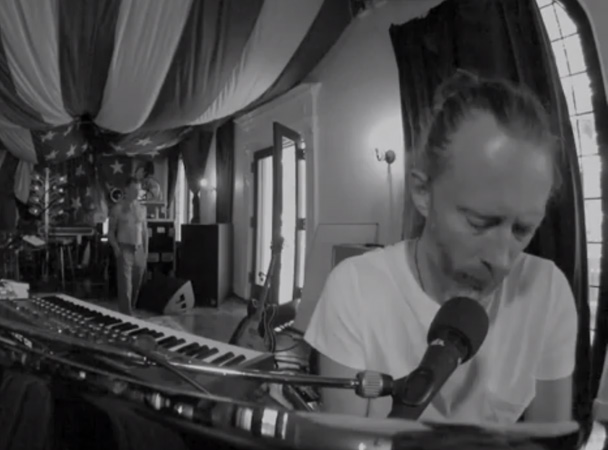 Thom Yorke and his merry men turn the clock back to 1998.

Atoms For Peace have been offering short video insights into their rehearsals over the last few months, featuring japes, track snippets and the occasional Radiohead cover. Nigel Godrich’s Twitter account points the way towards new footage of the band performing ‘Rabbit In Your Headlights’, Yorke’s lachrymose 1998 team-up with UNKLE. It’s a gentle and effective version of one of Yorke’s best loved tracks, and is presumably primed to make an appearance on the band’s upcoming tour.

FACT recently caught up with UNKLE figurehead and Mo’Wax founder James Lavelle to dig through his sizeable record stash.