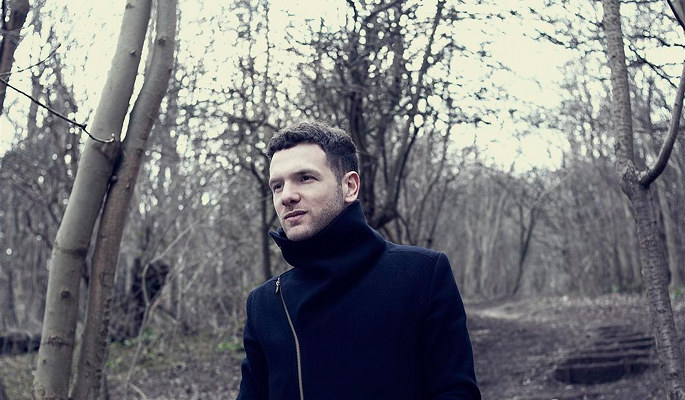 Mumdance has been on, er, the scene since the early ’00s, running clubnights and releasing on labels like Mad Decent, Southern Fried and No Hats No Hoods. He’s collaborated with a lot of people along the way – from underground producers like LV and Logos to larger names like Jammer and Bonde de Role – but recently seems to be working with renewed vigour, his hard-bodied collaborations with Logos finding homes on Keysound and Tectonic’s recent compilations.

On Twists and Turns, Mumdance documents his recent work, both solo and with Logos and Mao. The majority of the mixtape was made on hardware, with a rough finish to it that’s both indebted to shoegaze and turn-of-the-decade grime, and it’s been absolutely slaying us in the office. You can download Twists and Turns here, and read our interview with Mumdance below.

There’ll be a launch party for the mixtape at  Notting Hill Arts Club on June 14 featuring Dusk & Blackdown, Temple and more – more on that here.

You’ve always made grime – you used to DJ for Jammer years ago for instance, but the stuff on Twists and Turns feels different, it’s really heavy, pretty dark. How long did the material take to make, and did you always have a mixtape in mind?

I think this mixtape documents a transitional period for me, there was a time two or so years ago just after I finished my first mixtape Different Circles when I was touring a lot and I got a bit burnt out and fell out of love with the lifestyle a little. I wasn’t very inspired to make music and wasn’t really identifying with any of the scenes that were emerging at the time. I thought the last thing I wanted to do was change myself in order to fit into something that I felt wasn’t me, so I thought I it would make a lot more sense to take a bit of time out to experiment and work where I was going to go next, just to find my own way of doing things.

Twists and Turns Is the direct result of this. I think I sometimes put quite a lot of pressure on myself to try to be as innovative as I possibly can be and you simply cant force that kind of creativity. So in my time away I decided to use my Different Circles mixtape as kind of a ground zero for how I was going to move into the next phase of my production, I literally decided that I was going start from scratch and do entirely the opposite of what I had done before. For example, I made the whole of Different Circles on a computer so this time around I switched it up and made it entirely on hardware: synthesizers, samplers, drum machines and effects, all sequenced from an old MPC60.

This was a pretty big task in itself, first of all amassing the gear and then getting to grips with it all [but] I think it was this change in approach that was the biggest factor in shaping the sound of the record. Different Circles was quite vocal heavy so for Twists and Turns it’s pretty much all instrumental. The sound palette for Different Circles was quite exotic and sourced from regional music from all over the world, so for Twists and Turns I decided to do the opposite again and made it quite introspective, drawing from the music I grew up on namely, hardcore, proto-jungle and that era of garage as it was taking its first steps into grime.

On the other side of things there is also quite a big shoegaze influence on a few of the tracks, which was another sound I embraced when I was younger. I think actually the only constant that runs between the two mixtapes is the grime influence. Grime is definitely still a big part of my life and I draw from a lot of the foundational ideas, especially for my arrangements. One thing I have made certain is that I have used those genres and ideas strictly as starting points, which I have then appropriated into something that sounds like me. This trend at the moment of literally remaking tracks that sound like they were made 20 years ago seems a bit self-defeating. I think it’s fine to reference something as long as you make the effort to further the idea and make it your own, that’s how things progress right?

You collaborate more than most artists – particularly Logos, of late. Is it simply the case that you find it more fun working with people, or do you find it brings your best work out of you?

Its a number of reasons, the main one is I get really bored sitting in a room by myself day after day only communicating with people via the internet! Another reason is I really love the idea of collaborating with people who have entirely different cultural backgrounds and ideas about music. The whole core idea of my first ‘wave’ of Mumdance production was to bring different sounds and cultures together in order to create something new, that idea really fascinates me. I’ve been lucky enough to be able to travel the world and witness different cultures and regional music scenes first hand and put this idea into practice. 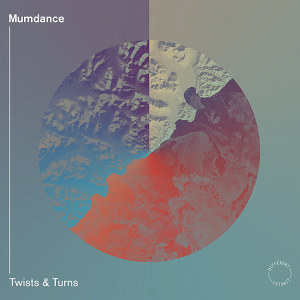 I’ve been working a lot with Logos lately because I think our creative visions compliment each other really well. We both approach things from completely different angles, which is something that always makes for a good tune. Also we are always productive when we are in the studio together which is a definite bonus. We are actually in the process of planning a little retreat away for a week or so, we are going to fill the car full of studio gear, hire a holiday home or something in a real rural area, set up shop and try to nail an album in the time we are away.

You’ve worked with a lot of labels over the years, which can – fairly or unfairly – sometimes look like an artist is spreading themselves a little thin. Is doing a full length mixtape an attempt to get a bit of cohesion back, in that sense?

I never really thought about it too much actually, it just seems to be the way it has panned out so far. I never make tracks specifically for a label, you are never going to innovate with that mentality. I just make what I’m feeling at the time and then afterwards think “ah this might suit this label” send it off and hope for the best. I’ve been lucky that a variety of labels have been into what I’m making. I think the reason I have worked with a lot of different labels is because I’ve worked with a lot of different sounds, that’s just in my nature. It would be nice to have a “home” label though. I don’t feel I’m in anyone’s crew really, and I’m not completely in any one scene, but It’s not a bad place to be; I get to DJ at a massive variety of nights and on a massive variety of different lineups. In terms of cohesion, for Twists and Turns it was definitely important to me that it felt like a body of work. Different Circles was definitely a snapshot of the person I was when I made it & its the same with Twists and Turns. I guess it’s biographical in a sense, it something that I really like about making music.

What’s the title a reference to?

It’s literally just what came to mind when I was listening to it, the album feels to me like its twisting and turning all over the place, like its alive. One minute you are in one place then a couple minutes down the line you are somewhere completely different.

What else do you have going on right now?

I’ve just put together a live show which I’m taking on the road. I did my first show at Fabric a few weeks ago, it was scary doing it for the first time, but thankfully really well received. At the moment it feels like everyone seems to be relying on big spectacles for their live shows, big visuals and light shows and all sorts of stuff to hold interest, so my show is a reaction to that. I basically just decided to strip it down to literally the bare minimum that it can be; a 909 drum machine, a sampler, two decks and a mixer…somewhere between Jeff Mills drum jams and golden era grime.

The way it works is I’ll play a few tracks, get people moving, and then mix into the drum machine, then I get some rhythms going and then build upon them with the sampler, just building really raw dance music. Then after a bit I’ll play a few more tracks and keep to-ing and fro-ing between the two. It’s essentially a big jam session / juggling act, I don’t plan it and it turns out different each time, I just see what the crowd is into and feel my way through it. It was important to me to have something which is both spontaneous and as live as it can possibly be, two things which I think are missing in most electronic live acts. Im not looking to make it too polished, it’s a live show, stuff can go wrong, that’s half the fun of it! It was also important to me to keep it all hardware so I’m not staring at a computer screen all the time, that’s a definite vibe killer.