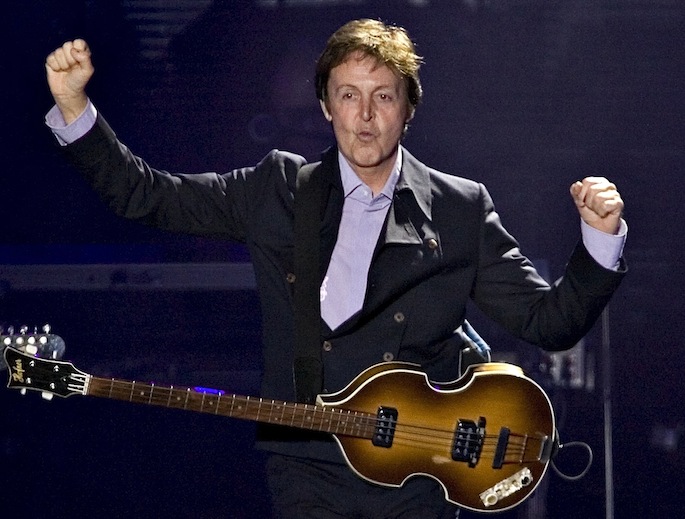 Macca re-teams with the comedy-newsman.

According to The Hollywood Reporter, Paul McCartney will appear on a special, one-hour episode of The Colbert Report on June 12, beginning at 11:30pm. Colbert will interview the rock legend, who will perform songs from his current tour.

In 2009, McCartney appeared on The Colbert Report for the “Better Know a Beatle” segment (“I think this McCartney kid’s got something special and I’m gonna put him on the map!”). This is only the second time the show has expanded from a half- to a full-hour; in 2011, Colbert hosted Radiohead.

Still, the whole bit is significantly less shocking/exciting than McCartney’s performance with the surviving members of Nirvana at last year’s 12.12.12 concert for Hurricane Sandy Relief.