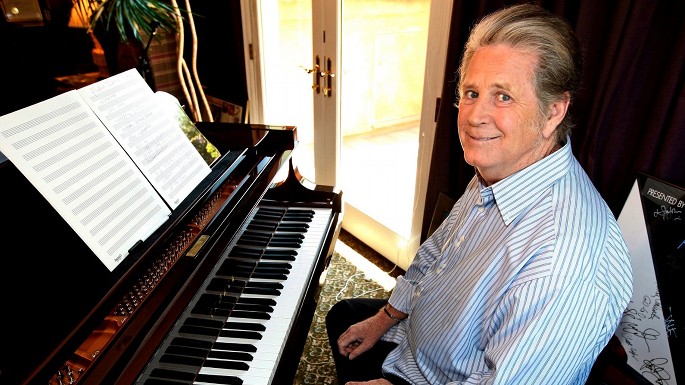 After being “fired” from the Beach Boys, Brian Wilson returns to the studio for his eleventh album.

The legendary songwriter is working with equally legendary guitarist Jeff Beck and Beach Boys Al Jardine and David Marks (who were also “fired” by Mike Love last September). The album will be the follow-up to 2008’s That Lucky Old Sun.

“When I watched Jeff Beck perform ‘Surf’s Up’ to honor me at the MusiCares Person of the Year event in 2005, I knew I had to find a way to work with him,” says Wilson via a press release. “He absolutely blew my mind and we’ve been friends ever since. Jeff’s incredible guitar playing is exactly what I want for my new album and I’m also looking forward to performing live with him soon.”

“I was really moved by the fans’ excitement about The Beach Boys’ album and tour last year,” Wilson says. “It charged me up and my head was full of music – I just couldn’t wait to get back into the studio to let it out.”

Record is underway at Wilson’s Ocean Way studios, and longtime collaborator Joe Thomas is minding the “woodshedding approach to the recording process, letting collaborative creativity drive the sessions.” The album has no tracklist or release date, but will be released by Capitol Records.

The Brian Wilson biopic announced last year, now entitled Love & Mercy, counts Paul Dano, John Cusack, and Paul Giamatti among its cast. No word on whether or not Atticus Ross (NIN, How To Destroy Angels) is still slated to compose the score. [via CoS]