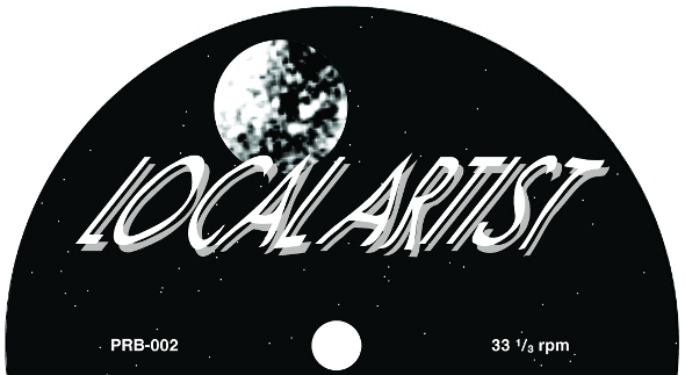 Launched earlier this year with a 12″ from Royal Crown Of Sweden – also known as Huerco S – the Proibito label is now putting out a self-titled four-track by Local Artist, who seems to be part of the Vancouver collective Mood Hut, as Juno Plus suggest.

On side A there’s ‘Mr. Kiwi’, a spartan, growling monster embellished with triangle splashes and flattened cowbell, and the jumpy ‘004’, which shares the same DNA as the previous track, cowbell and all, but undergoes an arresting mid-way switch up as the drums fall in.

On the flip there’s standout ‘Sun Raw’, which shares the cosmic vibes of both its namesakes (jazz pharaoh Sun Ra and lo-fi improviser Sun Araw) and finally ‘Mansion of Horus’, an after hours shuffle and suitable paean to the Egyptian god of the sun.

The EP comes out in August. In the meantime, check out Naples’ El Portal EP for The Trilogy Tapes label back in February.