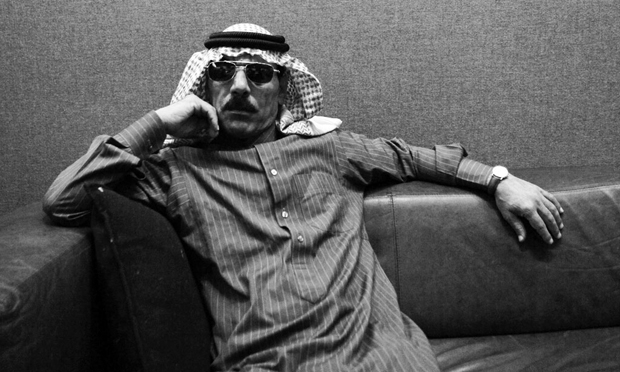 Details have finally emerged of a highly promising release from Syrian livewire Omar Souleyman, produced and co-ordinated by Four Tet.

Hailing from Ra’s al’-Ayn, Souleyman has been a leading name in Syrian traditional dabke music since the mid-1990s. Working in partnership with sideman and composer Rizan Sa’id, Souleyman has long been a regular on the country’s wedding circuit, performing his souped-up take on Syrian folk-pop.

Once heard, Souleyman’s full-throated performances – delivered over tangled Arabic keyboard lines and boshing techno drums with the lungs of a whale and the fury of a lion – are near impossible to forget. His global profile has risen almost exclusively thanks to the evangelistic efforts of Seattle’s Sublime Frequencies imprint, who put out a trilogy of essential Souleyman primers from 2007-10, plus 2011’s live disc Haflat Gharbia – The Western Concerts.

During an appearance on Tim Sweeney’s Beats In Space podcast last month, Four Tet revealed that he was working on a Souleyman album for release through his Ribbon Music imprint. As Pitchfork report, Ribbon have confirmed they will drop a new Souleyman record later in the year  – produced, as promised, by Four Tet. Although Souleyman has 500+ unofficial and tape releases under his belt in Syria, the record will be his first ever official studio album.

The album was recorded in Brooklyn, and will see Souleyman perform in Turkish, Kurdistani and Iraqi dialects as well as his own native tongue. A release date has yet to be set.

Update: Four Tet has leaked a short clip of one of the new tracks, check it out below.