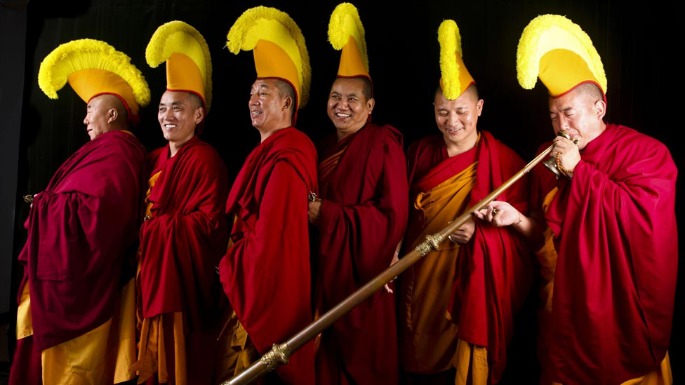 The Dalai Lama’s monks, who are exiled with their spiritual leader in north India, will perform their chants at Glastonbury this year.

As well as appearing in the Green Fields – the hippy heartland of Glastonbury and the only place you can get a cup of tea for less than a quid – the Gyuto Monks of Tibet will also create a ceremonial sand mandala at the festival.

The monks are on tour after signing a record deal with Decca, which will soon see them release their album Chants: The Spirit of Tibet. All proceeds from the record will go to their monastery in Dharamsala. They’re no strangers to the biz, though – their previous album, Pure Sounds, was nominated for a Grammy in the traditional world music category in 2011. [via The Independent]

The BBC recently announced that this year’s Glastonbury would be its “first truly digital” edition, but plans to broadcast every performance hit an obstacle when The Rolling Stones refused to allow more than four of their songs to be shown on TV.