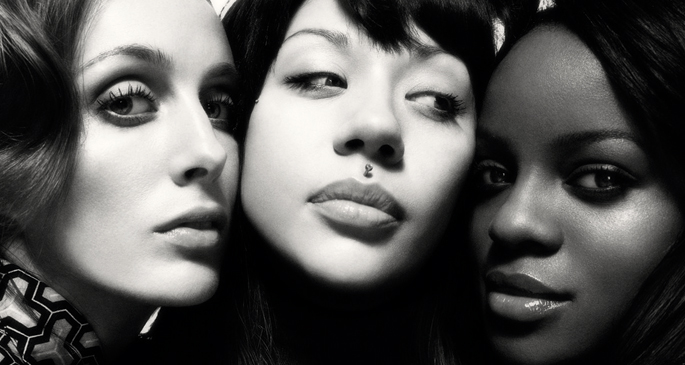 The original Sugababes have posted a snippet of their new single, ‘Flatline’.

If, like us, you’re a fan of the moody, street-wise pop found on the then-teenage trio’s debut album One Touch – well, you might be a little confused by this new one from Mutya Keisha Siobhan.

It’s big, for a start, with stadium-sized drums and background “woahs” delivered by Fred Macpherson of indie kids Spector, while MKS belt it out in a Leona Lewis-esque fashion.

Dev Hynes (AKA Blood Orange and Lightspeed Champion) was at the controls for this single after producing much of the trio’s new material, including their excellent off-the-cuff reworking of Kendrick Lamar’s ‘Swimming Pools (Drank)’.

Hynes recently drafted in MKS to provide vocals for a Phoenix remix, and he’s also been working with Clams Casino on the new Blood Orange album.