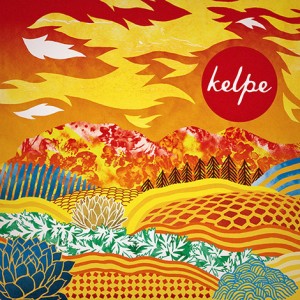 When we call a producer underrated, it’s often done out of affection. We think their music’s great, and we lament the lack of attention and commercial success that we feel should have been lavished upon it. On the other hand, underrated can also come off as quite smug. We think the work is better than that of their more visible peers, feel ourselves privy to it like a delicious secret and are selfishly grateful for its underdog status. It’s a word that can also leave a bitter taste. Tactically deployed, it tries to soften the blow of a career we see as dogged by lacklustre reception or a thinly veiled attempt to re-figure artists who end up disillusioned by a genre or movement that they helped to pioneer. Yet underrated can also be a sincere way for us to engage with work in a way that considers the context surrounding these releases, and the lasting impact they’ve had.

Kelpe’s 2004 debut Sea Inside Body is an underrated record for not only how its nuanced palette of taut, haunting beats drew on jazz and electronica using only a PC, MiniDisc recorder and samples taken from using household items, but also because it’s an experimental hip hop record in a way that mirrors Dimlite’s 2005 debut Runbox Weathers; both pre-dating the now familiar Los Angeles-centric Brainfeeder sound by a couple of years, and setting new templates for future producers of their ilk to draw from. Though Flying Lotus can rightly lay claim to having permeated the contemporary underground hip hop consciousness, it would be fair to say that producers like Kelpe, Dimlite and Take are overlooked in their contributions to what we now tend to bracket as pre- and post- Brainfeeder beats. In this sense, new releases from them understandably – yet somewhat unfairly – prolong the narrative that figures them as quiet stalwarts who work in parallel to bigger names, rather than pioneers of a style that such names have thrived from.

Considering this, Fourth: The Golden Eagle, is an excellent full-length. It doesn’t scream for attention by trying to fold the compressed, off-kilter stylings of the Brainfeeder signature into his structures in a bid to align himself with a glut of other producers working in this vein, but rather attests to his talent for weaving a litany of minute sonic bursts and resides together in jazz-inflected arrangements of what are, and always have been, hip hop beats. Most notably, the LP benefits from amping up his affinity with Prefuse 73 with more melodic synth work.  It releases the tension of the dense skittishness of the I Feel Fuzzy EP in creating surprising new contrasts; weaving acoustic found sound elements into the kind of soaring synth lines that Kelpe has only hinted at before, and what Fourth: The Golden Eagle now relishes in.

‘Beaks Of Eagles’ expertly punctuates rolling, pull-and-snaps of the bass kick with delicate sweeps of chimes and teases at the synth until almost the final minute, where the sun-drenched lines burst through tightly wound layers of MPC percussion to marvellous, soaring effect. As the cacophony of percussion dissolves and drones outwards ‘Superzero Theme’ snarls back, like ‘Beaks Of Eagles” cruel counterpart. Cymbals frantically crash beneath a heady scattering of pitches and drones of synth, but it’s all subtly pulled together by the kind of steady, robust hip hop drum-kick that Kelpe has spent nearly ten years refining.

Elsewhere, the contrasts continue to delight. The rising inflections of chimes on ‘Nice Eyes In My Size’ soften the lingering, ominous drones, ‘Outwhere’ reworks that dreamy Boards of Canada-esque analogue minimalism with robust, acoustic crunches and the melancholy sign-off ‘Answered’ quells any fears that Kelpe has strayed too far from his familiar hip hop formula. Though the more analogue feel of the synth work is a welcome and accomplished inclusion to his style, Fourth: The Golden Eagle is true to the core of Kelpe. Though underrated within this experimental hip hop beat-maker narrative he remains one of its finest, and the confidence embedded in this LP’s execution shows that he knows this to be true.