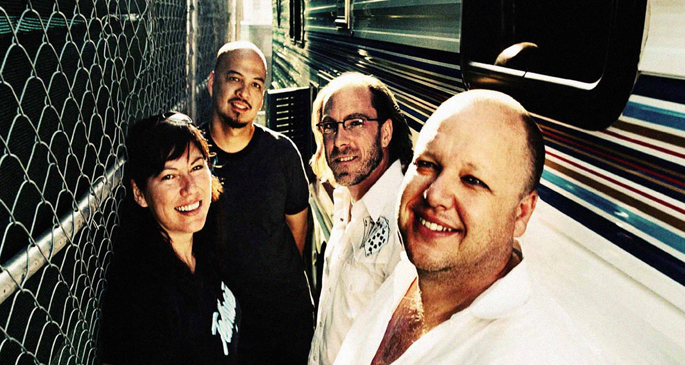 Okay so maybe last time Kim Deal left the Pixies it wasn’t necessarily her choice (blame it on the fax, Frank), but since their reformation back in 2004 they seem to have become a pretty reliable unit. While they haven’t played any shows since 2011 there have been plenty of murmurs about a new studio album, and with this news it looks like it’ll be an album minus one of the band’s core members.

The band gave this statement: “We are sad to say that Kim Deal has decided to leave the Pixies. We are very proud to have worked with her on and off over the last 25 years. Despite her decision to move on, we will always consider her a member of the Pixies, and her place will always be here for her. We wish her all the best.”

It’s sad indeed, but celebrating the 20th year of her own band The Breeders‘ Last Splash, there’s a sense that she might have simply needed to focus on other things. [via Consequence of Sound]