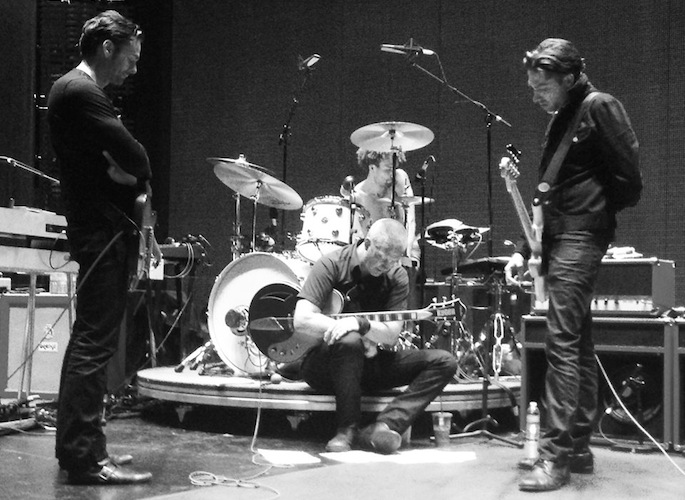 Josh Homme’s band of heroes will play a handful of dates in the UK this winter.

Following the announcement of a North American tour earlier this week, Queens of the Stone Age have revealed they will play four dates in November in support of their latest album, …Like Clockwork, which became their first Billboard number one album this week.

Pre-sales start on 19 June and tickets will go on sale to the general public on 21 June at 9am.

On Tuesday the band played a tiny in-store gig at Rough Trade East in London – watch seven songs from that performance, which saw fans picking the setlist. The band will also play a one-off show in London on 1 September as part of the iTunes Festival.