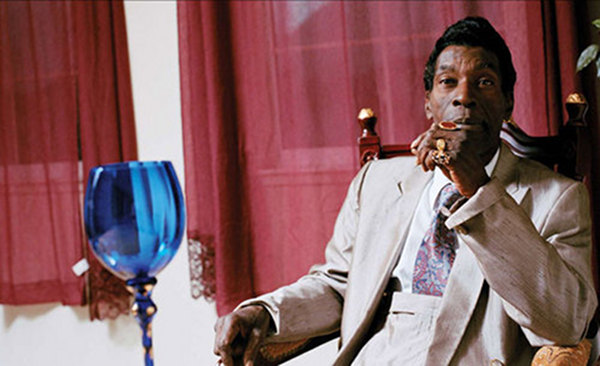 Bay Area soul and funk vocalist Darondo has passed away. He was 67.

The Cali singer died on Sunday; a cause of death has yet to be officially confirmed, although he is reported to have been ill for over a year. Ubiquity announced the news through their Facebook page, posting the following message:

“Today we at Ubiquity have heavy hearts as we learn of the passing of William Daron Pulliam aka Darondo a true artist, performer, character and friend. RIP.”

Born William Daron Pulliam, Darondo is the embodiment of the cult soul singer: although active as a recording artist back in the 1970s, he cruised along under the radar before being spectacularly “rediscovered” by Ubiquity offshoot Luv N’ Haight in the 2000s. Darondo installed himself at the centre of the California soul movement in the early 1970s, opening for James Brown and rolling with the likes of John ‘Al’ Tanner, Fillmore Slim and (briefly) Sly Stone. He released three 7″ singles – including the untouchable ‘Didn’t I’ – that eventually slid into obscurity, and retired from music-making not long after. He was, by all accounts, a flamboyant figure: photos at the time show him cruising the city in mink coat and diamond rings, leading to rumours that he supported himself by working as a pimp (Darondo, for the record, always claimed his only revenue stream was his work as a hospital janitor).

In 2006, Luv N’ Haight put out Let Me People Go, which collected three Darondo’s 1970s releases, plus a clutch of unreleased demo tracks. Darondo also gave his blessing to the Listen To My Song: The Music City Sessions compilation, which followed on Omnivore in 2011. Darondo marked his new-found profile by returning to the stage, playing a number of  late-career live shows with funk combo The Park. Admirers include Gilles Peterson, who did much to raise Darondo’s profile, and Lapalux, who recently bootlegged the singer.