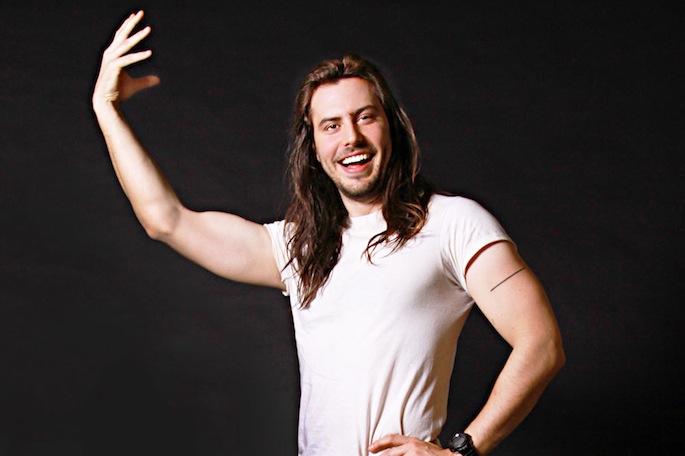 Drum till you puke.

Later this week, the party king will perform in what he hopes is the longest drum session held in a retail store. The event is part of the Viacom’s O Music Awards 24-hour live-stream special, broadcast from the Oakley store in Times Square.

Starting at 7pm on June 19, Andrew W.K. will drum with dozens of special guests, including Roots’ bandleader Questlove. While the other guests will be a surprise, the rocker teaser some notable inclusions: “Some of these I would consider the greatest drummers in the world,” he says. “People that I’ve admired for years and years.”

While he’s practicing with weights instead of drum sticks, don’t expect Andrew W.K. to rely on any outside substances to aid in his endurance: “Substances — they all have their values and should be respected and appreciated and used as one chooses to do so. But … it’s more a mindset. And a sense of urgency that’s actually increased the older I’ve gotten.”

“For whatever reason, the way that things have been arranged here by the gods is that you get this amount of time to exist in this form, and you don’t know how much time — it could end at any moment. So you really want to make the most of it. It’s wanting not to be lazy. And,more importantly, to take advantage of every single second you have, be grateful for it and celebrate it. That’s the party mindset: to celebrate being alive.”

The failed diplomat is currently performing as part of Ramones tribute act Marky Ramone’s Blitzkrieg. [via The Hollywood Reporter]