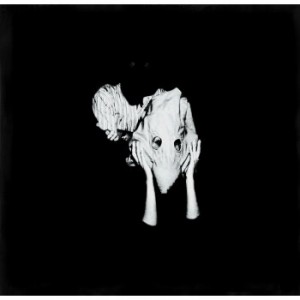 Most people are familiar with Sigur Rós thanks to their soaring style of post-rock’s easy affinity with epic televisual events. Their tendency to emotional spoonfeeding notwithstanding, Sigur Rós’ music has always been technically superlative, from the falsetto of Jonsí (singing in a self-penned language called Hopelandic, no less) to the bowed guitar and, more recently, string and horn sections. The new album Kveikur (Candlewick) has been billed by the band as the “anti-Valtari”, a self-produced attempt to address the increased glossy accessibility of recent albums Takk… and Valtari. Track titles translate to ‘Brimstone’, ‘Storm’ and ‘Iceberg’, which if anything should indicate that though the angle may be grimmer, the band’s intent – to create heroic musical panoramas – is more or less unchanged.

As such, Kveikur can sometimes feel a little lacklustre. ‘Brennisteinn’ (‘Brimstone’) opens promisingly enough with a crescendo of mucky feedback, epic drums and guitars borrowed from black metal, but as Jonsí’s breathy falsetto towers prettily above the crunchy instrumentation, it’s hard to shake the feeling that any grit is ornamental. ‘Hrafntinna’ (‘Brimstone’) is a mountain of a track, its stately strings, vocal harmonies and brass rising up to improbable emotional apogees, and ‘Ísjaki’, lovely though it is, has a hook that’s a hair’s breadth away from soundtracking the copulations of a million butterflies. ‘Yfirborð’ (‘Surface’) is just that, all superficial sheen and little depth, bizarrely seguing from plaintive dirge to ill-advised euphoric Eurodance. If you ever wondered what the Guetta remix of Sigur Rós covering Earth would sound like, wonder no more.

Kveikur isn’t short on moments of subtle beauty – take the sweet metallic chimes and subdued closing horns of ‘Hrafntinna’, or the deep bass rumble of ‘Bláþráður’ – but all too often an ornate, monumental chorus engulfs all nuances. Guitars on the title track churn grottily, but they too then lapse into a triumphal tower of song that’s more M83 than MBV. Similarly frustrating, the (admittedly over-polished) guitar drones of ‘Kveikur’’s closing thirty seconds are far more interesting than the preceding five minutes of spiralling melody and triumphal drums, and the melancholic ‘Var’, which sees the band allowing a little space and mystery in, is the most moving and uncluttered thing on Kveikur.

Kveikur is by no means a bad record: beautifully arranged, it does a good job of avoiding the twee sugariness of Sigur Rós’ last couple of albums. That said, its elements of darkness feel incidental to the overall triumphal blueprint. If anything, they illuminate an increasingly formulaic approach that, in its attempt to express extremes of human emotion, ends up saying not very much at all.