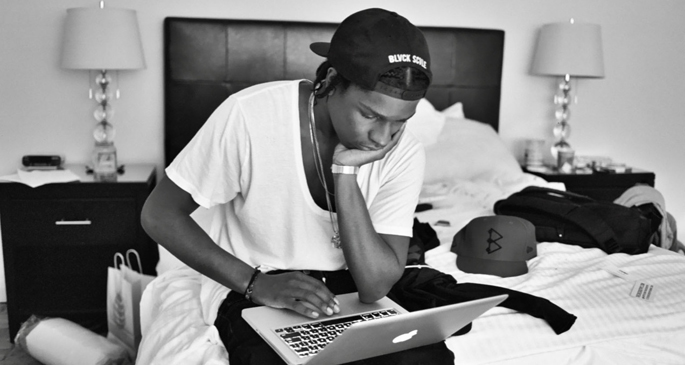 A$AP Rocky will trade the mic for the mixing desk on a forthcoming tape of self-produced beats.

Back in Spring, the A$AP Mob leader revealed that he was working on an album of self-produced beats, suggesting that “it’s going to be interesting to see how people react towards my production.” Speaking to MTV, the rapper has now outlined the project in more detail, and it looks like it’s dropping sooner rather than later.

The album will be titled Beauty And The Beast: Slowed Down Sessions (Chapter 1), and will be issued by the end of the summer. As per Rocky’s name-making 2011 tape Live.Love.A$AP, the album will also be given away as a free download. Rocky pitches the album as “really druggy, ambient shit”, and promises “classical music and boom-bap Wu-Tang shit mixed together”.

The Rocky-produced ‘Suddenly’ was the most nuanced moment on this year’s Long.Live.A$AP, so Beauty And The Beast might well have more to offer than the spectacle of a rapper playing producer. In related news, Dat PMF recently jumped on an augmented version of Danny Brown’s ‘Kush[via 2DopeBoyz]