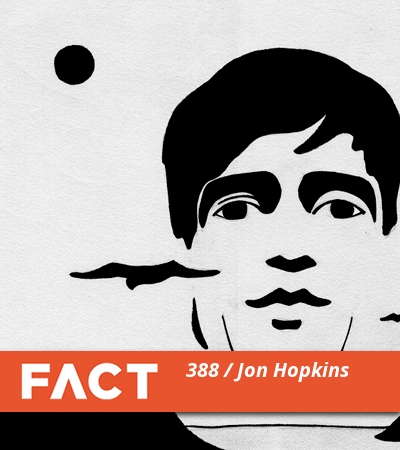 Fresh from the release of his new album Immunity, Jon Hopkins delivers a FACT mix that’s somewhere between a DJ set and a live session.

First, an introduction: Hopkins has been impressing audiences with his yearning brand of electronic pop for some time now. He’s collaborated with Coldplay, Imogen Heap, King Creosote and, most crucially, Brian Eno – the ambient pioneer has earmarked Hopkins as a successor of sorts for some time now, and the pair released a collaborative album in 2010’s Small Craft on a Milk Sea (also featuring Leo Abrahams, an old pal of Hopkins’ who also played regularly with Imogen Heap). Hopkins has also become a renowned soundtrcker: the Eno-Hopkins-Abrahams duo teamed up to score Peter Jackson’s 2009 film The Lovely Bones, while Hopkins also took the reins on 2010’s Monsters, eventually receiving an Ivor Novello Award for Best Original Score.

This month has seen Hopkins release Immunity, his fourth solo album and a powerful record that blends Hopkins’ cinema-friendly approach with the stranger side of dance music. Burial and Actress both appear to be key touchstones on Immunity, and although that’s nothing new, to witness someone with Hopkins’ natural grasp of atmosphere and tension apply his strengths to dance music’s dustier side is a pleasure. For his FACT mix, Hopkins “added keyboards and new sounds to most of the tracks … the Actress one basically turned into a new remix, I jammed some beats from my new single over the top of it, plus loads of other ideas.” Go grab it below.

Like what you hear? Jon Hopkins will be playing at this year’s Tauron Nowa Muzyka Festival in Katowice, Poland from 22nd to 25th August. For tickets and info, head here.