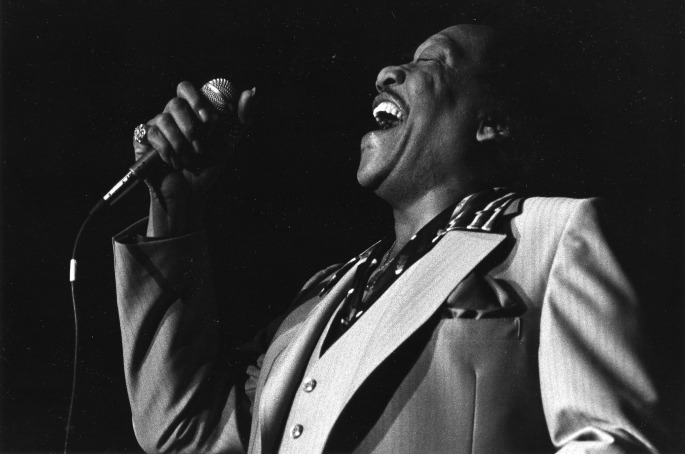 The singer known as “the lion of the blues” has died at home in Memphis, Tennessee, following an illness.

Bobby ‘Blue’ Bland emerged from Memphis’ Beale Street blues scene and found fame in the ’50s and ’60s with hits like ‘That’s the Way Love Is’ and ‘I Pity the Fool’. His 1974 single ‘Ain’t No Love in the Heart of the City’ (below) was sampled by Kanye West for a track on Jay-Z’s 2001 album The Blueprint.

Bland crossed over to a pop audience in the 1970s, but his greatest success was in rhythm and blues, placing a total of 63 singles on the R&B charts from 1957 to 1985. He was inducted into the Rock and Roll Hall of Fame in 1992 and received a Grammy Award for lifetime achievement in 1997. [via Pitchfork and NYT]

Listen to ‘Ain’t No Love in the Heart of the City’: