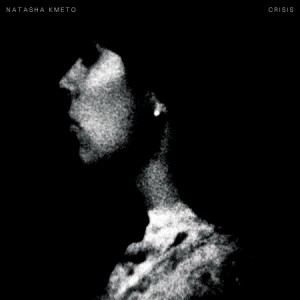 Earlier this year, XLR8R ran a feature on how a small section of current female electronic producers use their own voices in their work. Whilst glossing over complex ideas about gender and education with a heavy hand, it essentially implied that many female producers use their own vocals in order to to compensate for a lack of production skill and confidence, and to create a more immediate and accessible signifier. This does a threefold disservice to the producers discussed in the piece and, by extension, female producers in general. It portrays a command of technology as a distinct challenge for women, that singing is a more “natural” and therefore more “feminine” or “female” form of expression and that in accepting both as fact, female producers can be more comfortable with their limitations and duly create more honest work.

Besides inexplicably ignoring the countless swathes of male producers who work with their own voice, it served only to further muddy a topic that is already darkened by awkward gender binaries and made the producers themselves complicit in it, whether they agree or not. Portland-based producer Natasha Kmeto was quoted that the recent crop of female producers working with their own vocals may be down to the fact that “A lot of the male producers that I know don’t sing…They’re not singers, so they don’t think to do it.” In the context it was printed this may come across as another fatalistic excuse or brushing off of the subject at hand but on hearing Kmeto’s debut LP Crisis, it now reads as more of an assertion of identity.  Natasha Kmeto is an excellent singer and an excellent producer, not one or the other, and Crisis reflects this.

At just under half an hour in length it’s pretty short for an LP but for Kmeto, brevity is impact. Crisis has a striking sense of self-awareness.  Sonically it develops upon the exhilarating physicality of her Dirty Mind Melt EP with its robust, multi-tonal synth work, but massively lowers the timbre of the production to suit the powerhouse sensuality of her vocals. This creates a pace that’s immediately arresting, maintains a steady, cohesive tone throughout, yet still allows for regular tilts of the head in pleasant surprise. Standout track ‘Idiot Proof’ is a strange, gripping beast. A raw re-imagining of disco, Kmeto takes the beloved italo arpeggio sequence and lathers it with layer after delicious layer of percussive friction, crunching analog key stabs and reverbs of her voice voice; thrust into the foreground with an unabashed, deeply sensual confidence that runs like a thick velvet rope throughout the ten tracks.

‘Idiot Proof’, like the overwhelming majority of Crisis, stands with its back to the wall; shoulders back and head high, poised and unafraid. The rich gravity of Kmeto’s vocals work in glorious tandem with her production in a way that defies the strange fatalism surrounding this discussion of the female voice, and posits her as a formidable and multi-faceted talent. Rather than having her vocals become sampled, deconstructed and laced into the productions, Kmeto embraces harmonies and the curious, inspired effect that they have on the structures of her production. ‘Take Out’ starts out like a muted Jade or Brownstone era R&B acapella harmony lingering amongst sparse, creeping reverbs of finger snaps drifting off into the distance, until a frantic synth-line, 4/4 kickdrum and intermittent acid piano thrashes are introduced one at a time, gradually amping up Kmeto’s tangible lust to gorgeous effect.

Elsewhere, there is an evident balance in effect that allows her vocals to both command and support the music itself. The rising drone intonations and twinkling Kuedo-esque keys of ‘Last Time’ give an eerie sense of momentum to the by turns insistent and coy delivery of “It’ll never be the last time / Will it babe?”, whilst ‘Deeply’ shows Kmeto taking a breather from back-of-the-throat projection to show a softer, more languid side to her vocal tone that lets the distant hi hats sprinkle over her from above. All in all, Crisis is a remarkable full length debut, and surely throws a wry glance at the suggestion that female electronic producers must sacrifice technical finesse for a signature vocal performance.