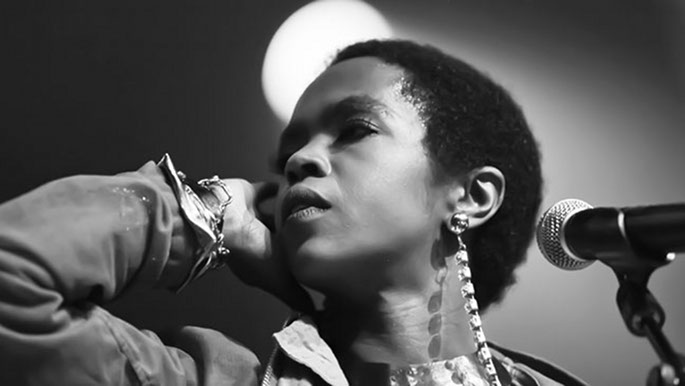 Troubled singer Lauryn Hill has, once again, opened up about her legal predicament in a scathing open letter.

In May, Hill was sentenced to three months in prison following long-running tax evasion charges – a crime she suggested at the time was motivated by threats to her family. In a bid to raise funds and avoid jail, she released a song as part of a deal with Sony, although, with over $1m of funds to pay back, the last ditch strategy ultimately failed to come good.

Prior to her sentencing, Hill took to her Tumblr in April to post an extensive open letter, attacking the “traps, manipulations, and inequitable business arrangements” that led her into the red in the first place. As HipHopDX repot, Hill has now published a second, more extensive open letter on the site, in which she vociferously rallies against the cultural and racial conditions that she, it appears, believes have led to her legal difficulties:

Much of the world is still reeling from the abuses of Imperialist selfishness, misunderstanding, ignorance and greed. Black people remain in many ways a shattered community, disenfranchised, forcefully removed from context and still caged in, denied from making truly independent choices and experiencing existential freedom. Their natural homes, just like their natural selves, raped and pillaged of the resources and gifts God has given to them. Interpreted through someone else’s slanted lens and filter, they remain in many ways, misrepresented. Taxation without proper representation, might I remind you, was the very platform of protest that began the Revolutionary War, which gained this country its independence from England. Anger is not only the natural response to the abuse of power, but is also appropriate when there is no real acknowledgment of these abuses, or deep, meaningful and profound change.

I shuddered during sentencing when I kept hearing the term ‘make the IRS whole’… make the IRS whole, knowing that I got into these very circumstances having to deal with the very energies of inequity and resistance that created and perpetuated these savage inequalities. The entire time, I thought, who has made black people whole?! Who has made recompense for stealing, imposing, lying, murdering, criminalizing the traumatized, taking them against their wills, destroying their homes, dividing their communities, ‘trying’ to steal their destinies, their time, stagnating their development, I could go on and on. Has America, or any of the nations of the world guilty of these atrocities, ever made black people or Africa whole or do they continue to sit on them, control them, manipulate them, cage them, rob them, brutalize them, subject them to rules that don’t apply to all? Use language, veiled coercion, and psychological torment like invisible fences to keep them locked into a pattern of limitation and therefore control by others. You have to remain  focused to cease from rage.

The prosecutor, who was a woman, made a statement during sentencing about me not doing any charity work for a number of years during my ‘exile.’ A) Charity work is not a requirement, but something done because someone wants to. I was clearly doing charitable works way before other people were even thinking about it. And B) Even the judge had to comment that she, meaning I, was both having and raising children during this period. As if that was not challenging enough to do. She sounded like the echo of the grotesque slave master, who expected women to give birth while in the field, scoop the Baby up, and then continue to work. Disgusting.

When you are beaten and penalized for being independent, or truly self reliant, then you develop a dysfunctional relationship with self-reliance, and a fear of true independence. When you are beaten or threatened with death for trying to read a book, then you develop a dysfunctional relationship with education. When families are broken up by force and threat of violence, then the family structure becomes dysfunctional. When men who would naturally defend their women and families are threatened with castration and death, then this natural response also becomes dysfunctional. When looking at the oppressor is punishable by violence, then examination of him and his system becomes a difficult and taboo thing to do, despite every bone in your body demanding it. When questioning or opposing oppression is punishable by death, imprisonment, or economic assassination, then opposing systemic wrong in any or all of its meta manifestations is a terrifying concept. Anyone forced to live so incredibly diametrically opposed to that which is natural to themselves, will end up in crisis if they don’t successfully find a way to improve or transcend these circumstances! All of which require healing. It is only by the Grace of God and the resilience of the people that things haven’t been worse.

The letter concludes with Hill stressing that her music “is about Love”, and operates in opposition to more malign and oppressive systems of government. The full piece is available to read here.