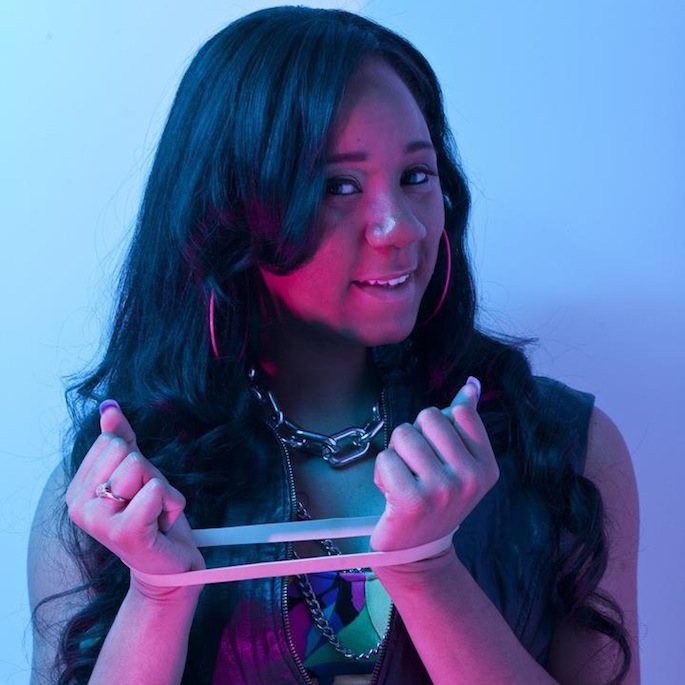 A mixtape by a female hip-hop artist — breaking up the monotony of the notoriously male-dominated (and often misogynistic) field — is always a treat. Three such tapes, like we have in this week’s round-up, is an embarrassment of riches — especially when two are among the best of the bunch. 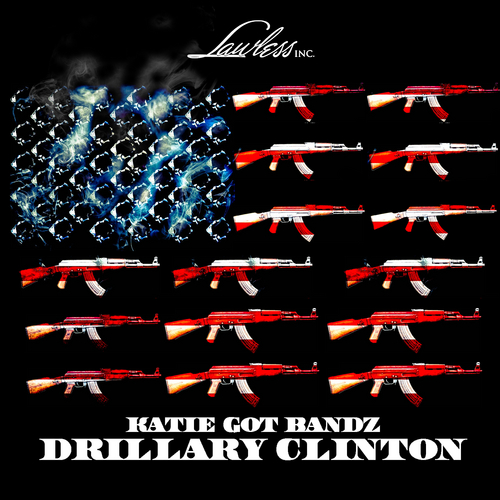 Chief Keef might be the poster boy for Chicago’s flourishing drill scene, but those in the know likely realize there are far more rewarding rappers operating just beneath the surface. Enter Katie Got Bandz and her exceptionally-titled sophomore tape Drillary Clinton, and following last year’s excellent Bandz and Hittaz, it looks to continue its winning formula of breeze-block beats, snappy catchphrases and her unmistakable ad-libs. Katie’s rapping about the same grizzled Chiraq landscapes as Keef, but where the latter’s drawl often staggers on the brink of unlistenable dirge-rap (and habitually topples over the edge) Katie manages to keep things generously well lit. That’s not to say that she doesn’t have the same street-savvy authority, far from it in fact, but it sounds as if she’s sitting a couple bricks above it and watching from the clouds while she spits her dry commentary.

Her closest peer is probably King Louie (sorry, but Sasha doesn’t even come close), and the recently Kanye co-signed rapper shows up for a guest verse on ‘Pop Out’. He’s one of only a select few feature spots, and while he’s on form it simply accentuates the fact that Katie doesn’t need any assistance – her personality is large enough to take the world on single handedly, and with any luck Drillary Clinton will be the tape to make this happen. Sadly the by the end of the record, it becomes obvious that even Katie hasn’t been able to resist the lure of the dreaded clown-trap, but thankfully it isn’t enough to dampen the experience much at all. Trash the last two awkward tracks and you’re left with one of the best mixtapes of the year.

Hysterics (the industrial-focused alias of Night Slugs all-star Girl Unit) will see a proper debut with a Club Constructions EP on July 9. Until then, enjoy this powerhouse, 50-minute set for DIS Magazine. While Philip Gamble’s Girl Unit material has reworked Southern hip-hop and neon techno into some of Night Slugs more maximalist releases, his Hysterics works looks to take the Club Constructions mission statement to its logical conclusion: raw drum trax with a heavy debt to 80s industrial and EBM.

Along with the three tracks featured on his forthcoming EP, the mix features similarly-minded efforts by Night Slugs/Fade to Mind labelmates Jam City, Helix, and Nguzunguzu. Gamble also digs deep for material by Nitzer Ebb (naturally), Robert Hood, Errorsmith, and Ralphi Rosario, among others. Between this and his Night Slugs mix as Girl Unit, is there anything he can’t do? 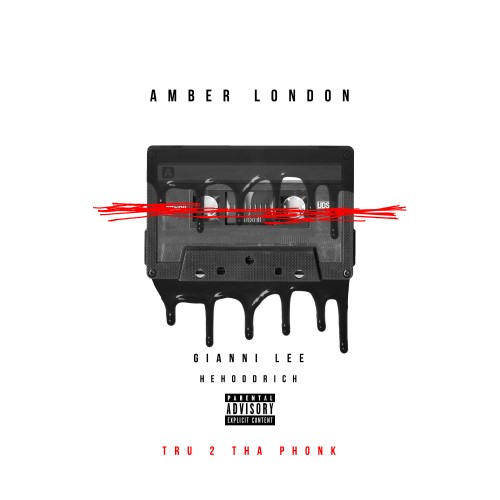 ‘Stay Tru 2 Da Phonk’ sets the table: an addictive blend of G-funk, Memphis paranoia, and Houston screw where London’s sluggish-yet-serrated flow is as deceptive as a razor blade glued to a fingernail. The tape bounces from the subwoofer-straining ‘Bussin Back $$$ to the Triple 6 menace ‘Ride or Die’ to the a pitch-perfect tribute to fallen Houston icon DJ Screw on ‘2.7.5. Playaz N G’z Rest in Peace Screw’. Tru 2 Tha Phonk wears its influences and intentions on its sleeve: there’s nothing ambiguous about ‘Choppa Got Dat Ass Like A Ho On Da Flo’.

As is typical of Raider Klan efforts, forgotten Southern rap mixtapes are sampled (‘Servin Fiendz’ borrows a line from Criminal Manne’s ‘Fist Full of Bricks) and reworked (‘Swangin & Bangin ’95’ revisits E.S.G.’s song of the same name) — often in a way where it’s unclear what is something new masquerading as vintage or the other way around. Whether or not the Raider Klan MO is homage or rip-off is a matter for debate — Amber London’s mastery of the form is not. 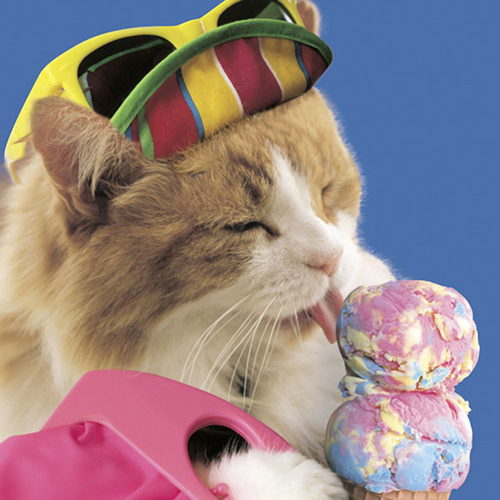 Laura Couture’s innovative take on rap and R&B production has made her Soundcloud stream a treasure trove of odd and brilliant unheard gems over the last couple of years. Like fellow cloud-minded producer Ryan Hemsworth she breathes a lungful of pink pixie dust over her beats that sets her miles apart from almost everyone else even attempting something similar.

This hour-long collection sandwiches together obscure edits, her own exemplary productions and plenty of good old-fashioned big tunes in an attempt to usher in the humid Massachusetts summer. It works too, there’s a muggy, pollen-filled haze to her selection that’s impossible to ignore; from a winningly Wale-less edit of ‘Bad’ to a delirious, Baltimore-via-AFX rework of Rocko’s world-beating U.O.E.N.O. This is exactly what a good mix should be – a careful concoction of the tunes that doesn’t alienate the listeners instead dragging ‘em into a whole world of beats they probably haven’t heard yet. Pour yerself a Pimm’s cup and listen up. 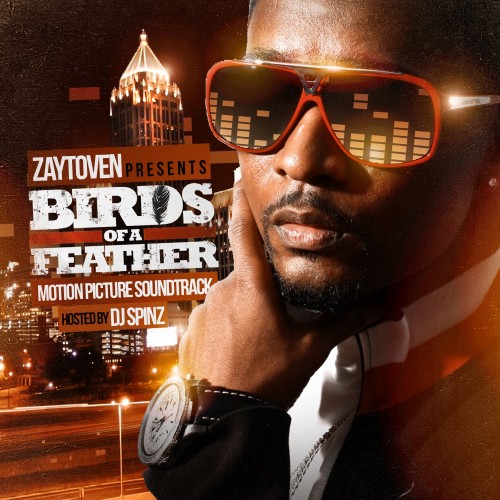 The Zaytoven-starring rap movie Birds of a Feather was first teased over a year ago, and after a series of setbacks it has finally arrived in all its low-budget glory. Thankfully, we don’t need to see the movie to enjoy its soundtrack, and we can still rely on Zay’s innate ability to craft cask-strength rap crawlers from a seemingly spare pallet. He’s roped in a fair few heavy hitters to help out too; Chief Keef (who’s apparently working on a full-length with Zay right now), Young Scooter, Waka Flocka Flame (assumedly pre-beef), Rocko, Migos, OJ Da Juiceman and plenty more all appear, as of course does Gucci Mane, without whom the name Zaytoven likely wouldn’t be so synonymous with the Atlanta sound.

You should all know what to expect – booming low end and alarmingly glassy synthesizer chimes are Zay’s specialty, but what elevates Birds of a Feather is the producer’s keen curatorial ability. It might be billed as a soundtrack, but it’s really a pretty comprehensive selection of some of Atlanta’s most important rappers, and with Zaytoven at the helm there’s a coherence that plenty of single-artist mixtapes rarely achieve. 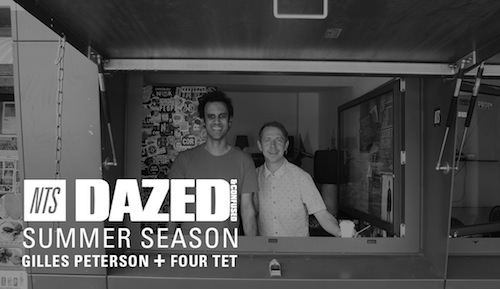 Four Tet and Gilles Peterson back to back? Well you know you’ll be getting jazz, and the tag team of vinyl fetishists do not disappoint, blending a deep selection of jazz, soul, world music and lord knows what else. The main reason people will want to click on this one however is the inclusion of a certain world exclusive preview of the Four Tet-produced new Omar Souleyman album. It doesn’t disappoint either, and rather than shoehorn in his own production, Hebden instead simply refines what Souleyman already has and makes it sound even more hard-hitting, wonky and brilliant. It’s a great mix, certainly, but Souleyman’s new cut is the cherry on the top, even if it does seem to cut off mid-way through. 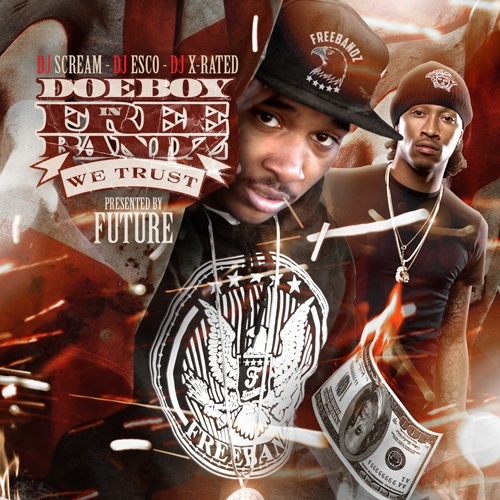 DOE BOY
IN FREEBANDZ WE TRUST

In Freebandz We Trust is “presented by” crew leader Future, and he isn’t the only prominent talent that Doe Boy calls upon for the effort: Soulja Boy, Casino, Rocko, and Riff Raff offer verses, while production is handled by mixtape-favorites Lex Luger, Young Chop, Zaytoven, and 808 Mafia.

The Cleveland newcomer has a lithe and competent flow, but — like most rappers at this level — he’s still finding his voice and crafting an identity. ‘What You Mean’ teams a hypnotic, Migos-like quality with vintage Young Chop and features from Future and Soulja Boy for the definition of a mixtape single. He borrows Future’s Autotune for ’24-7′, and reworks Bone Thugs’ 2pac-featuring ‘Thug Luv’ into ‘Real Talk Pt. 3’.

The relentless 808-and-synths fest might leave listeners fatigued, but the tape’s highlights come towards the end. ‘Fell In Luv’, produced by ascendant ‘Karate Chop’ beatsmith Metro Boomin, is essentially a Future track that finds the ATLien dueting with himself. As always, Zaytoven’s church-honed piano skills take his beats to the next level, like on the heart-on-sleeve ‘Life Together’. Surprisingly, Riff Raff turns in one of the tape’s best features on ‘Not At All’; Doe Boy could learn a lesson from the king of style-over-substance. 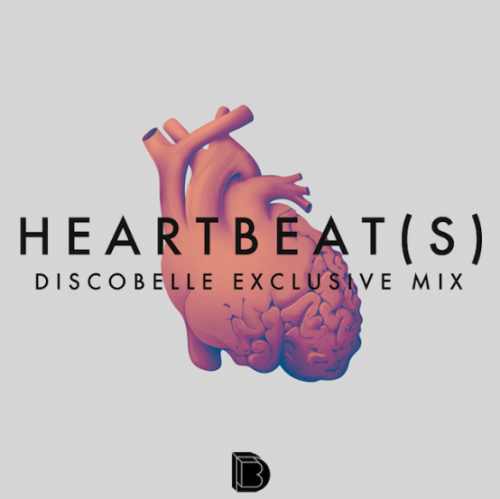 Ex-LOL Boy Markus Garcia hasn’t been as prolific as former partner-in-crime Jerome LOL, but it looks like that is about to change. Garcia just released his debut album as Heartbeat(s), Home Remedies, on cassette imprint 1080p, which he draws on for this mix for Discobelle.

Along with his own smoothed-out edits of ghetto bass tracks by luminaries DJ Godfather and DJ Milton, the mix includes Home Remedies standouts ‘Diss Track’ and ‘(We) Knew All Along’, along with new tracks ‘All Hexes’ and ‘That Modern Track’. Coupled with tracks by contemporaries Jimmy Edgar, Goldfffinch, Mumdance & Logos, and Pearson Sound (via Dubbel Dutch edit), the 45-minute mix offers a glimpse of the Heartbeat(s) sound, where techno, deep house and ghettotech all play nicely. 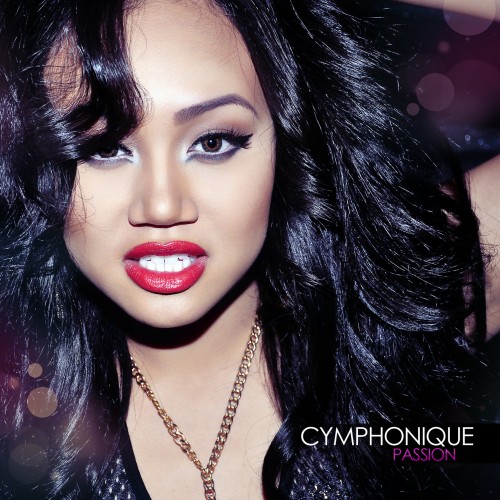 OK so let’s get past the obvious first; it’s THAT Cymphonique, daughter of Master P, sister of Lil Romeo and ex-child star. She’s also sixteen years old, but this isn’t the album of post-Nickelodeon teen pop you might expect it to be. Rather it seems the young singer has hit up her dad’s rolodex for Passion, and has landed a slippery selection of tough-as-nails strip-club beats over which she cautiously straddles a line between pre-controversy Miley parties-n-fun and early Chris Brown style teenaged sexuality.

It’s a weird one for sure, and over a different set of productions these tracks could quite easily trip into the teen pop you’d expect, but with beats like Shonuff’s sparse, neon-blasted Bay-influenced ‘It’s My Party’ and ‘Turn Up Time’, there’s a sense that Passion ends up far better than it actually should be. 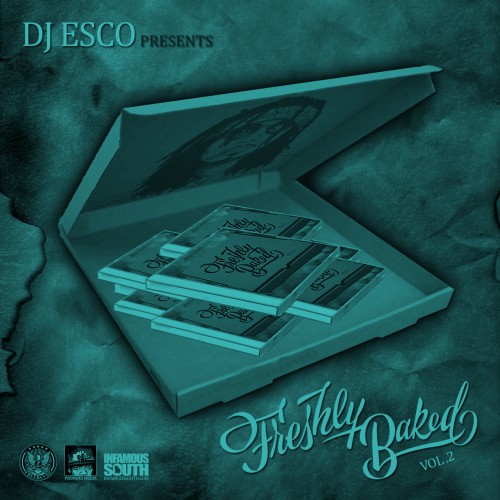 The self-described “Coolest DJ In The World” gathers the hottest tracks in Atlanta street rap for the sequel to 2011’s Freshly Baked mixtape, and like DJ Spinz’ HPG series (or the aforementioned Zaytoven tape), it’s a super-contemporary greatest hits collection (if not free of DJ drops).

Elsewhere, Future’s Autotune-less ‘Freestyle’ outpaces the Mike Will Made ‘Sh!t’ (a rare misstep from the pair), and the mixtape leaves Atlanta for Chicago on its last track: Chella H’s ‘High’, which pairs her with fellow Chiraq survivor Lil Durk. A fine collection, but Zaytoven won this round.