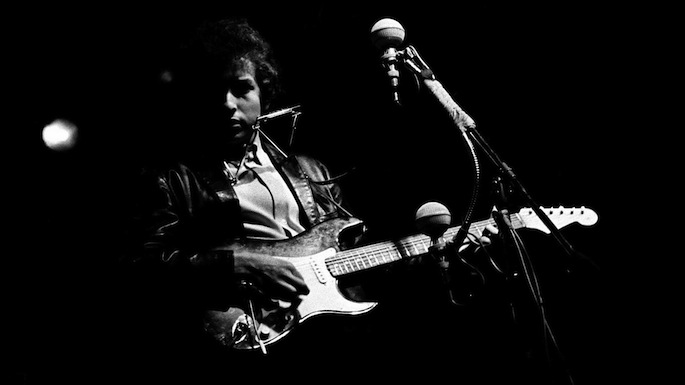 The folk icon played the guitar during his (in)famous 1965 Newport Folk Festival set.

Rolling Stone reports that the sunburst Fender Stratocaster that Dylan played — to the outrage of folk purists — at the 1965 festival gig is headed to the auction block, following a legal dispute concerning ownership of the guitar.

The guitar has been in the possession of New Jersey resident Dawn Peterson’s family since 1965, when Dylan allegedly left it in a plane piloted by her father. Last year, Peterson appeared on PBS program History Detectives with the guitar, eventually reaching a confidential settlement with Dylan that will allow her to sell it.

Peterson is investigating how she will sell the guitar and a set of handwritten Dylan lyrics that were found in the guitar’s case. She says that while History Detectives estimated it’s worth at $500,000, she believes it’s worth more than that. “I doubt we’ll sell it with any sort of reserve,” she says. “The lyrics also estimated to be worth at least $50,000.”

It has been quite a year for musical auctions: John Coltrane’s sax hit eBay, Joey Ramone’s record collection was sold online, and a treasure trove of Beach Boys memorabilia sold for £7m.