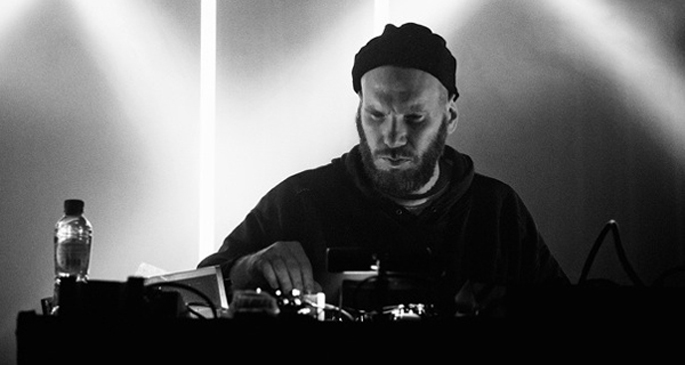 Imperial Distortion shouldn’t have been so good.

Chalked up on Hospital Productions’ release schedule before it was even finished, the album was originally planned as a balls-to-the-wall collection of primal fuzz pedal experiments, an idea that was quickly canned when Drumm came to the decision that the results simply wouldn’t “stand the test of time”. A subsequent creative block forced him to rifle through his archives, and in doing so he came across a handful of pieces that he since has slightly disparagingly passed off as being “go nowhere tracks”. The resulting collection of odds and sods, recorded over a thirteen-year period between 1995 and 2008, became Imperial Distortion, and, thanks to some warm persuasion from Hospital’s Dominick Fernow, Drumm even kept the original title despite the fresh set of material being very much at odds with it. So we have an ambient album on a noise label, compiled from mostly archival material and given a title that would make people assume, quite wrongly, that it would be along the same lines as Drumm’s career-defining Sheer Hellish Miasma. It shouldn’t have worked, but somehow it did.

It’s important at this point to think back to 2008, and while it doesn’t seem like very long ago, the sprawling U.S. noise scene was in flux. Wolf Eyes had hit their blood-belching high in ’06 with Human Animal, and Fernow himself had already begun to tip from the feedback-laden, barely-listenable aural oppression of Black Vase into the almost melodic synth-led electronics with ‘06’s pre-emptive Pleasure Ground and ‘07’s irrationally static Cave Depression set. 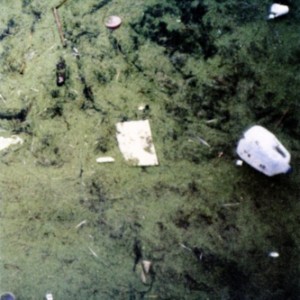 It was in 2008 when the sun-starved basement dwellers who had pored over hand-sprayed (and probably unplayable) Hair Police CDRs in ’05 and saved their allowance for the hotwired Casio SK-1 they saw on Craigslist in ‘06, were looking for something a little different. You must remember that it was around this time too when a trio of Midwestern stoners known as Emeralds suddenly shot from being a band who sold a few tapes here and there at noise shows to being a worldwide sensation. Solar Bridge slipped out on the Hanson imprint in ’08 and helped shift the tides – the kids who used to be totally happy splicing their first tape loop, and screaming into the grubby cup on a broken pair of headphones now wanted to make new age music, and the same beardy dudes who had discovered how to break their hand-me-down synthesizers a few years earlier now wanted them repaired and spitting out arpeggios

This instability could have been what caused Drumm to abandon his early attempts at Imperial Distortion. His comments that he was worried his tape noise experiments might not “stand the test of time” are telling indeed. Time was moving quickly, and the scene’s tolerance for his particular brand of harsh noise appeared to be waning. Certainly another crack at 2002’s Sheer Hellish Miasma would have been a mistake. It was a record that had pre-empted the general, if short lived, obsession with corrosive American noise, and to this day stands as one of its most successful sonic signifiers. Arriving notably early in the U.S. scene’s development, it emerged on Mego very much after the Austrian stable had cemented its legacy, feeling stylistically long way from the mischievous laptop hiccups of Pita’s Get Out or the well-pruned maximal experimentation of Hecker’s Sun Pandemonium. Fittingly then, when Imperial Distortion did finally see the light of day, it had a very similar effect on its listeners – it was the kind of album that we didn’t yet know we wanted. Drumm had been dabbling with minimalism for decades, but it hardly mattered – Second’s crystalline experiments and Comedy’s organ studies mostly fell on deaf ears compared with the near-universal acceptance of Imperial Distortion.

While the noise scene has fractured beyond repair, with many of its practitioners trading in their reel-to-reels for drum machines, it still feels like a very definite statement.

There was no shortage of gloomy, unhurried music in the late noughties, but where Drumm categorized his musings as “go nowhere tracks” we simply heard them as refreshingly bare. Free from the new age fluttering of the synthesizer set and devoid of the overtly shadowy trappings of ‘dark ambient’, it was synthesized music that mercifully didn’t sound cheesy. Part of this was down to the way he expertly processed the sound, and despite his disparaging comments, it was a far cry from Eleh’s static, untreated drones. Rather Drumm’s compositions were long-form and deceptively beautiful, and each subtle, minute change could elicit far more emotion than he probably even realized, or wanted. Here was an album that served as a massive about-turn in a world that was committed to extremes, and while it may not have been extreme in terms of its content or volume, its statement resonated loud and clear, far above the screeching feedback and crunching noise of the rest of the scene. Hospital Productions had a vast catalogue at this point, mostly punctuated by chain-rattling noise and misanthropic black metal experiments, so the album wasn’t only a timely statement from Drumm. It was both surprising and incredibly refreshing – we all knew what we wanted a Hospital album to sound like, and we all knew what we wanted a Kevin Drumm album to sound like, so however did we manage to score a record that sounded like none of the above, and yet still slake our thirst? It was a masterful bait and switch, and felt like a death knell to noise’s wider popularity. Sure it had started to wane before 2008, but this felt definite and final.

Drumm hasn’t been the only noise artist to dabble in low-key, minimalist ambient music and he certainly won’t be the last. He even followed the album up himself with 2009’s equally enjoyable Imperial Horizon, but by that time the statement was less effective – it had already been made. Each fuzzy, molasses-slow ambient record that came later was an enjoyable diversion, but it wasn’t Imperial Distortion. It makes sense then that Hospital Productions should re-issue the record in 2013, finally giving it the deluxe re-mastering treatment it deserves. None of the record’s original power has been lost in the five years since its release, and while the noise scene has fractured beyond repair, with many of its practitioners trading in their reel-to-reels for drum machines, it still feels like a very definite statement. The album ends abruptly on a whole minute of ear-scraping white noise and its intentions are shockingly clear, it’s that final twist that makes the album so damned successful. Even with a record that’s nearly two hours of subtle, measure drones, there’s room for a little wink to the camera, right before the end titles. There’s that noise we were all waiting for.

As a supplement to this article, we’ve produced a Beginner’s Guide To…Kevin Drumm, outlining the five best routes of entry into his catalogue.