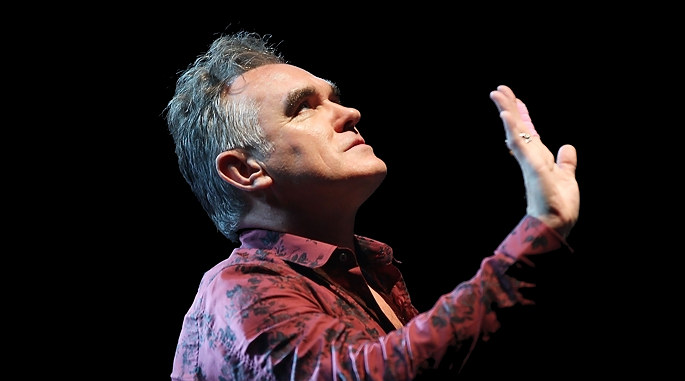 Morrissey has donated £10,000 to PETA to help fund a campaign attacking Fortnum & Mason for selling foie gras – and has got one over on celebrity chef Gordon Ramsey in the process.

As The Guardian report, Channel 4 failed to ask permission when using the Smiths song ‘Please, Please, Please Let Me Get What I Want’ in an ad promoting Ramsey’s Christmas Cookalong Live in 2011. The channel paid Morrissey £10,000 in recognition of its error, which has gone straight to PETA – who will use the money to buy advertising space for the aforementioned campaign.

Morrissey, quotable as ever, stated that “Ramsay may very well stick his head in his microwave when he hears that the money I received from Channel 4 because one of my songs used to promote his Christmas show is being donated to PETA to fight foie gras. Foie gras is so cruelly produced that he’d be against it if he had an ethical bone in his body.”

It’s a battle that the former Smiths singer has been fighting for a while. Earlier this year, he congratulated Prince Charles for banning foie gras from his functions, but went on to attack Kate Middleton, claiming that “this most savage and cruel commodity continues to be the favourite ‘dish’ of smiling mother-to-be Kate Muddleton (from whom, in fact, we expect no less).”

As you’d expect, The Smiths featured high in FACT’s recent run-down of the 100 Best Albums of the 1980s – but where did they finish? Find out here.