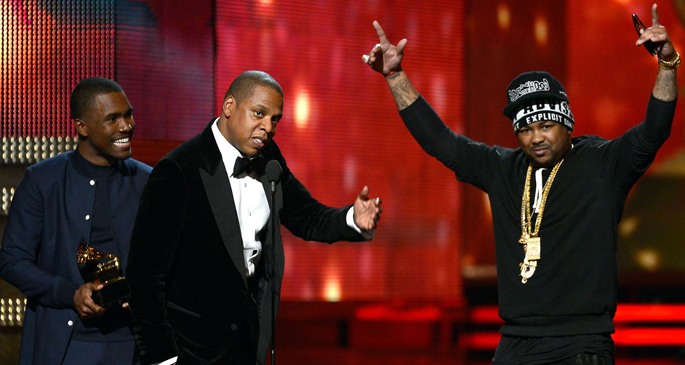 In an interview with RevoltTV (as part of the Unlocking the Holy Grail series) it was Terius Nash‘s turn to shed some light on the creative processes behind Jay-Z‘s sprawling Magna Carta Holy Grail album. His biggest revelation was that the majority of the album was put together in a mere two weeks: “It was literally like, the body, two weeks of work,” he stated. “The significant part of this album – two weeks of work. Easily.”

These statements strongly echo those that emerged from Rick Rubin after the release of Kanye West’s equally hurried Yeezus and it certainly seems as if the rappers were in a hurry this year. Nash also mentioned that he and Timbaland were initially in the studio working on Beyoncé’s new project, not one assigned to Jay-Z, which give weight to the idea that it might have been a very impromptu affair.

FACT’s Tom Lea reviewed Magna Carta Holy Grail today, giving it a dreaded one out of five and claiming it is “one of the most vacuous big name records I’ve heard in a long time”. Take a closer look here. [via Allhiphop]