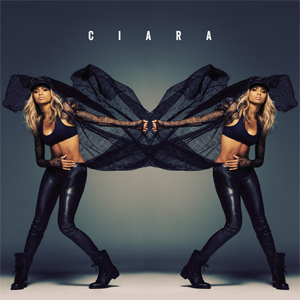 Until Ciara, being a Ciara fan had become something of a labour of love. The fact that she’s even released a major label album in 2013 is an achievement in itself, given the trials and tribulations that have marred previous releases, and for that fans can be reassured that their quasi-bionic star remains, as ever, determined to succeed. Ciara is a slick collection of modern R&B songs that largely eschews the driving, four-to-the-floor thump of the genre’s recent chart hits and instead hones in on what Ciara does best. Which is, well, a little bit of everything really. Ciara is as good at dancing as singing, as good at singing as posing, and the vibe of Ciara belays this well. Her stardom is entirely contingent on getting this precarious balancing act just so, because having tried as she might, she doesn’t have the pop royalty status of a Janet, the wise-beyond-her-years sensuality of an Aaliyah or the love-hate unpredictability of a Rihanna. She’s come to know this, and as a result, Ciara is perhaps her most accurately realised work to date, slinking and strutting between, in and around the music with an enjoyable (if occasionally frustrating) malleability that has become the bedrock of her appeal.

Ciara knows her limits and seems wary of letting loose – “I done told y’all haters to fuck off, but I’m still such a lady” – so she instead recruits other to act out such impulses. Opening the album with Nicki Minaj’s snarling bravado on ‘I’m Out’ is a case in point. Ciara just can’t do aggressive (that limp verse on ‘Super Turnt Up’ is proof that her voice is better deployed as a musical accompaniment than a focal point) so bringing in Minaj as the bossed up, fuck-outta-here best friend to Ciara’s pretty-yet-placid pet creates a welcome sense of friction amongst the rest of Ciara‘s highly polished sheen. Nicki’s second welcome outing on the joyous electro-pop of ‘Livin’ It Up’ – in which grinning from ear to ear to is a prerequisite – is as much an affirmation of the dominance of female pop stars in 2013 overall as an ode to Cici’s decade in the game. Female artists are currently at the forefront of R&B like never before and it gives ‘Livin’ It Up’ its backbone; Nicki and Cici are holding hands and throwing smug smiles around for all to see, and these two tracks are particular highlights because of it.

The most apparent misgiving about Ciara and her self-titled album though, is that they’re both faultless. For all her obvious dedication to the craft Cici has always come off as emotionally distant and at this point, I wouldn’t be surprised if her sweat was Evian. There’s precious little sense of genuine lust, passion and heartbreak from her, and as a result Ciara skims the surface of various generic motifs with sinewy expertise rather than digging its nails in a la Kelly Rowland’s ‘Dirty Laundry’ or Rihanna’s ‘Stay’, both of which briefly melted their icy R&B princess demeanours to reveal a beating heart beneath. The sex never feels very tactile (“I’m having so much fun with you” on Body Party falls flat; “Do what you want to me baby” on ‘DUI’ is passive and limp) and as a song devoted to cunnilingus, ‘Read My Lips’ sounds strictly PG. The sugary sweet beat bounces down a Demi Lovato route with the insipid “I’ll make you something real nice”, instead of honing in on the sweatbox sultriness that could have made this a panting, D’Angelo-style bedroom jam or soaring love ballad: R&B yardsticks that are both pointedly absent from Ciara‘s track list.

The smoothness of Ciara is in large part down to the fact that her voice never really breaks through. It’s sampled, chopped, screwed, auto-tuned, reverberated and woven into the production to such an extent that she never gives a game-changing vocal performance and, considering this is her fifth album, whether she has one in her or not still eludes the listener. It’s clear that her skill is in manipulating her voice to the groove in such a controlled and amiable format that she’ll never really give much away, but when Cici sounds this blissfully triumphant and uncomplicated on a record from start to finish, I doubt she’ll ever risk putting a foot wrong just to see where it leads her.