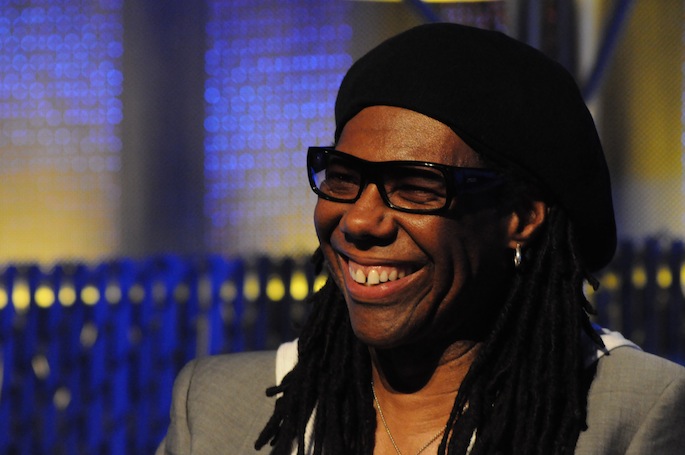 The Chic founding member, fresh off playing guitar on Daft Punk’s Random Access Memories, says that a further collaboration is in the works. As he tells DJAZZtv:

“I found in the Warner tape library, some old, unreleased Chic masters that didn’t belong to them that were in boxes that said Chic, but when you opened them up they had Johnny Mathis inside, my film scores, they had Nile Rodgers solo tracks, they had Chic tracks that were not designed for any project except for the guys working with me writing songs. So, I’m going to finish that, and this is an exclusive: Daft Punk wants to do at least one of them with me, so that should be very cool, because they respect the music, they understand.”

Watch the clip below. Rodgers previously announced plans to release the collection of Chic demos and to work with David Guetta, Disclosure, Avicii, and Chase & Status. [via Consequence of Sound]