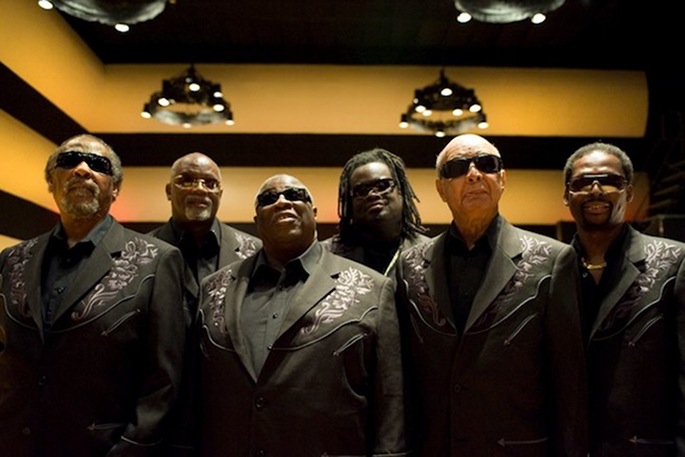 Well-travelled, much-adored gospel ensemble Blind Boys Of Alabama will deploy the talents of some US indie pin-ups on their new album.

Active since the 1930s, the Blind Boys enjoyed substantial success in the gospel community from the 1950s onwards, although it wasn’t until the mid-1980s when they began achieving proper commercial traction. Albums like 2001’s Spirit Of The Century and 2003’s Go Tell It To The Mountain earned them a clutch of Grammys and household name status. Their last album was 2011’s Take the High Road; Clarence Fountain remains the only surviving original member still performing with the group.

As Pitchfork report, the Blind Boys will return with a new album in October. I’ll Find A Way promises a range of classic and contemporary gospel songs, and has been entirely produced by Bon Iver‘s Justin Vernon. The album was laid down in Vernon’s April Base studio, where he recorded 2011’s lush Bon Iver LP. Song-selection was reportedly handled by Iver and regular collaborator Phil Cook, also of Megafaun.

I’ll Find A Way is out on October 1 through Sony Masterworks.

Tracklist:
1. God Put a Rainbow in the Cloud
2. I’ll Find a Way (to Carry It All) [ft. Shara Worden of My Brightest Diamond]
3. I Am Not Waiting Anymore [ft. Sam Amidon]
4. I Shall Not Be Moved
5. Take Me to the Water
6. I’ve Been Searching [ft. Merrill Garbus of tUnE-yArDs]
7. There Will Never be Any Peace (Until God Is Seated at the Conference Table) [ft. Casey Dienel of White Hinterland]
8. Take Your Burden to the Lord and Leave It There
9. Every Grain of Sand [ft. Justin Vernon of Bon Iver]
10. My God Is Real
11. Jubilee [ft. Patty Griffin]