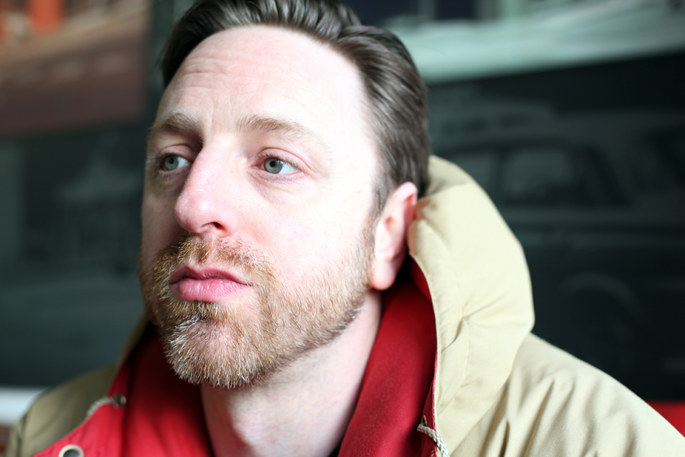 In this edition we caught up with Jon K. Brought up in Leicester but based in Manchester, Jon is a resident DJ at the latter city’s Hoya:Hoya and Eyes Down clubnights, and has been involved in the Fat City record store. If we hear a better FACT mix all year than his session from January, then we’ll be happy people indeed – it’s damn special, take a listen here.

Ahead of his appearance at Croatia’s Soundwave Festival (July 18-22), we talked to Jon about Throbbing Gristle’s 1980 live album Heathen Earth.

Out of all the Throbbing Gristle records, and all the records that make up part of the axis that surrounds them, why Heathen Earth?

It’s really special to me, it’s the first one that I got. I was about 18, so a good while ago now. The first music I really got into was electro, through skateboarding and stuff like that, but [Heathen Earth] was the first electronic record that I guess I owned. It was at a shop in Leicester called Ultima Thule, and they were just specialists in anything wacked out – loads of kraut, loads of cosmic stuff, just really deep guys who’d been in that shop most of their lives. When I was in my mid-teens, I got to know some guys quite a bit older than me who were into some really deep stuff, and with Ultimata Thule there it made it really easy to access.

It was in a period where I was well into doing acid, and there’re various associations with that record that I’ve got. There’s a guy who did one of the tracks on my FACT mix, a guy called XVARR, and we’d ended up doing acid in this club one night. We thought it hadn’t worked and we were about to take another one, then we went outside and realised that the traffic lights were headbanging. We’d met these girls and we walking around, talking absolute shit, and it was weird – I didn’t even have to explain it to my mate, but I was like ‘fucking hell, I’m in a track from Heathen Earth’…I must have said two more words and he knew exactly what track I meant. I used to get a lot more out of that sort of stuff than doing pills or whatever, I had a better laugh on acid.

It must have been when the World Cup was on, ‘cause they had these tabs going ‘round called Bobby Charltons, and I had one of the most intense, amazing experiences I’ve ever had. I’ve never been one for psychedelic sunrises and all that shit, we were more up for roaming over to a factory and making a load of noise. We ended up doing that that night, and it turned out we’d woken up half of the neighbourhood by the time we were done. We’d not really thought about the consequences. On the way we’d gone down this alley, and I swear blind I was seeing wolves in the bushes. It was dark as fuck, and Heathen Earth just seemed to fit.

“On the way we’d gone down this alley, and I swear blind I was seeing wolves in the bushes. It was dark as fuck, and Heathen Earth just seemed to fit.”

It’s also the whole concept of it – I’m not 100% on this, but it was a live gig and they invited a ton of their friends down to watch it, then you could order it on cassette. It was live, but it was approached as an album, and they overdubbed various bits on it afterwards. It just plays really well as an LP – I love LPs where you just chuck ‘em on and you don’t need to skip anything. I’m really bad at that. It’s got such a rawness to it, too.

It’s called Heathen Earth, but the tagline on the front is ‘Can The World Be As Sad As It Seems?’. The amount of times…look, we all have this way of living, this relationship with social technology and the rest of it, and although we all benefit from it…

Everyone fucking hates it, deep down.

The amount of times I’ll see something and I’ll just think ‘for fuck’s sake…’, and that line comes into my head. It still resonates.

I used to do various bits of music research for TV, and a lot of it was BBC stuff. I managed to sneak a track off Heathen Earth onto Panorama once – that still tickles me, when I look back.

You brought up skating, is that how you got into a lot of music when you were younger?

Yeah, it’s like the main thing. I got into it when I was 13, and at that time especially if you were doing that you’d be hanging out with people older than you. All I was ever interested in was skating and records – there was one guy, a load of us would always end up going back to his…I’ll give you an idea of how ridiculous his collection was, I was one of the youngest in our group and sometimes we’d end up staying round there, and I’d always been sleeping on his records. He’d just always be trying to find the most fucked up records to spanner our heads with.