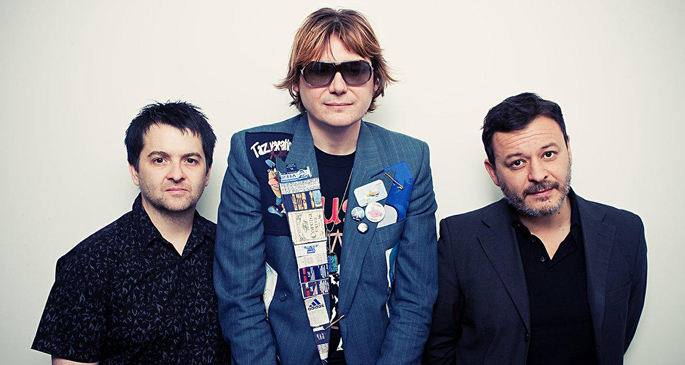 The English Defence League, for those who might not yet be in the know, is a far-right movement committed to stopping what they believe is a spread of Islamism in the UK. As you can imagine, they’re far from everyone’s favourite group of thugs, and for some reason one bright spark amongst them thought that in promoting their forthcoming rally in Birmingham it would make sense to use Manic Street Preachers’ 1998 single ‘If You Tolerate This Your Children Will Be Next’.

Obviously none of them actually listened to the lyrics of the song then, which took its title from an anti-fascist slogan in the Spanish Civil War and is quite clearly (at least to anyone who actually listens) a cutting criticism of far-right ideology. They also probably weren’t that familiar with the Welsh band themselves either, who, being well-known lefties, have expectedly jumped on the usage immediately and have threatened legal action, with a spokesperson informing the NME that they were “horrified”.

Strangely this isn’t the first time the track has been picked up by far-right nutjobs, back in 2009 the British National Party took the track and used it in an eerily similar manner and when the ironies were pointed out, commented “you can interpret the lyrics any way you want”. We’re guessing that “So if I can shoot rabbits/then I can shoot fascists” has another meaning then.