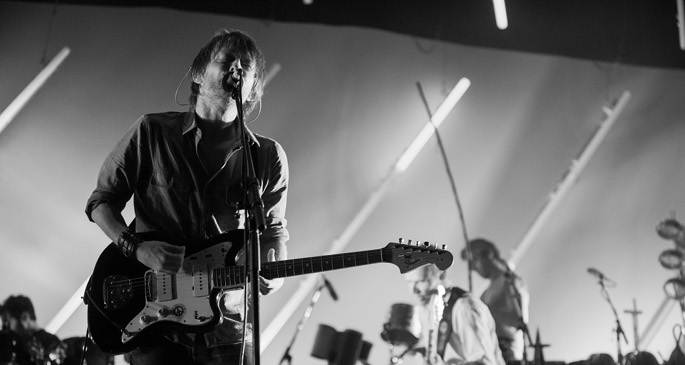 Atoms for Peace have pulled their catalogue from streaming service Spotify.

While this isn’t earth-shattering in itself – artists have long been vocal about the lack of payment received from Spotify, with certain distributors (ST Holdings, for example) and label owners (Four Tet) pulling their product from it in the past – the group’s producer Nigel Godrich (whose Ultraista project is also no longer on Spotify) spoke at length about the move on Twitter today, and it’s worth reading his opinions on it.

“It’s bad for new music”, claims Godrich. “New artists get paid fuck all with this model…It’s an equation that just doesn’t work. The music industry is being taken over by the back door, and if we don’t try and make it fair for new music producers and artists then the art will suffer…These are all the same old industry bods trying to get a stranglehold on the delivery system.”

“The numbers don’t even add up for Spotify yet”, Godrich continued, “But it’s not about that…It’s about establishing the model which will be extremely valuable. People are scared to speak up or not take part as they are told they will lose invaluable exposure if they don’t play ball. Millions of streams gets them a few thousand dollars. Not like radio at all. If you have a massive catalogue – a major label for example – then you’re quids in. But making new recorded music needs funding…Pink Floyd’s catalogue has already generated billions of dollars for someone (not necessarily the band) so now putting it on a streaming site makes total sense. But if people had been listening to Spotify instead of buying records in 1973, I doubt very much [that] Dark Side would have been made. It would just be too expensive.”

Thom Yorke’s Twitter thoughts on the move (Yorke plays with Godrich in Atoms for Peace, while Godrich produces Yorke’s main band Radiohead) were more concise: “Make no mistake new artists you discover on Spotify will no get paid. meanwhile shareholders will shortly being rolling in it. Simples.”

You can read Godrich’s full thoughts on the issue here, and FACT’s recent sit-down with him and Thom Yorke, centered around Atoms for Peace’s AMOK, here.