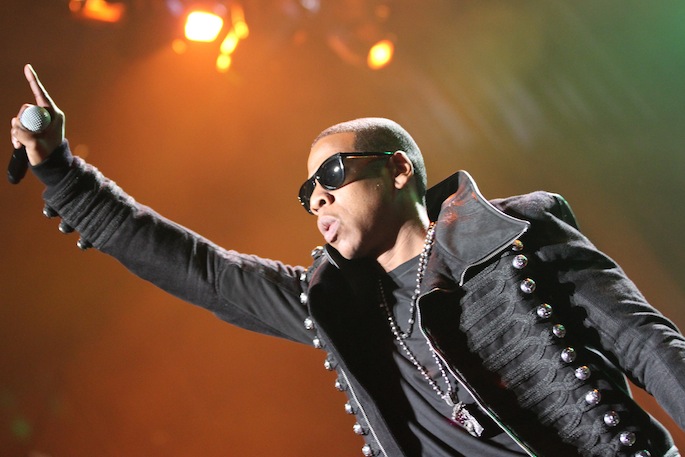 For the first time in his career, Hov has reached the pinnacle of the UK album charts.

Magna Carta Holy Grail currently sits ahead of Rod Stewart’s Time at No. 2 and Passenger’s All The Little Lights in the bronze spot. Although Jay-Z has entered the Top 40 on seven previous occasions, Magna Carta Holy Grail is the rapper’s first solo album to hit the top spot. His previous best chart placing was in 2009, when The Blueprint III crept up to No. 4; Watch The Throne, meanwhile, made it as high as No. 3 in 2011.

On the topic of Watch The Throne, Jay-Z has also offered some insight into the crossover between Magna Carta Holy Grail and Watch The Throne. Speaking to Zane Lowe on Radio 1, the rapper revealed that Kanye West wanted to include album opener ‘Holy Grail’ and Frank Ocean collaboration ‘Oceans’ on the pair’s fêted collaborative LP. Jay-Z describes “four days literally arguing” over who would get the tracks:

“[There were] no lyrics on ‘Holy Grail’ and I recorded ‘Oceans’ and I played those records for Kanye. And he was like, “No, those have to go on Watch the Throne,” so we spent four days arguing about those records and I was explaining to him why it wasn’t right for this project and I had a whole idea for making this album called Magna Carta…the ‘Holy Grail’ [part of] the name came after.” [via Pitchfork]

Further segments of the interview will be broadcast throughout the week. In a final bit of Jay-Z news, the rapper played his inaugural Legends Of Summer show with Justin Timberlake at London’s Wireless Festival last night. The tracklist is below, and is a sight to behold, including montages of ‘What Goes Around’ with ‘Dirt Off Your Shoulder’ and ‘Mirrors’ tilting into ‘Run This Town’ (which boasted a guest spot from Rihanna). 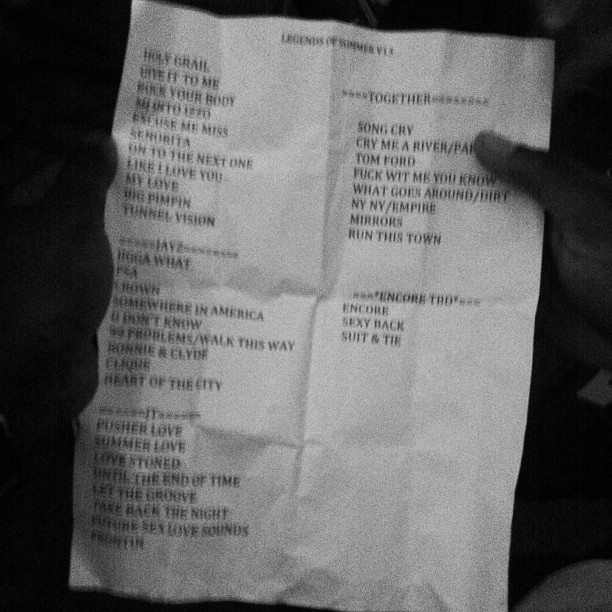