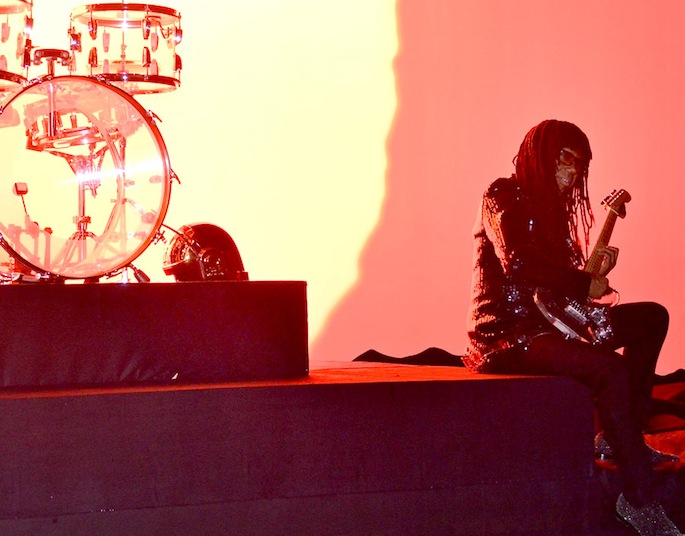 UPDATE: Niles Rogers took to Twitter to clarify his comments, saying “To be totally clear, Daft Punk is not playing at my charity event. In no way did I mean to imply what some press outlets have mistakenly interpreted from my blog post!”. That’s that then, unless it’s all an elaborate double bluff, of course.

Earlier this month, the Chic founder announced plans for the “1st Nile Rodgers Dance Party,” to be held on August 19 at the Martha Clara Vineyards in Riverhead, New York. The one-day Hamptons festival would benefit AFTEE, a non-profit focused on Long Island’s East End cities.

“There’s going to be me, my band CHIC, and some of the hottest acts and surprises on the planet that day,” Rodgers writes on his website, “which happens to be around the time the next Daft Punk single drops (I’m just saying).”

Considering the helmeted duo’s reticence concerning touring, a Daft Punk performance at a Hamptons benefit concert seems unlikely, but Rodgers has often acted as an unofficial spokesman for the group. They’ve also made stranger choices around the promotion of Random Access Memories; whether this will turn out to be an Australian launch party or branded condoms remains to be seen. Either way, another Daft Punk/Rodgers collaboration is reportedly in the works. [via NME]