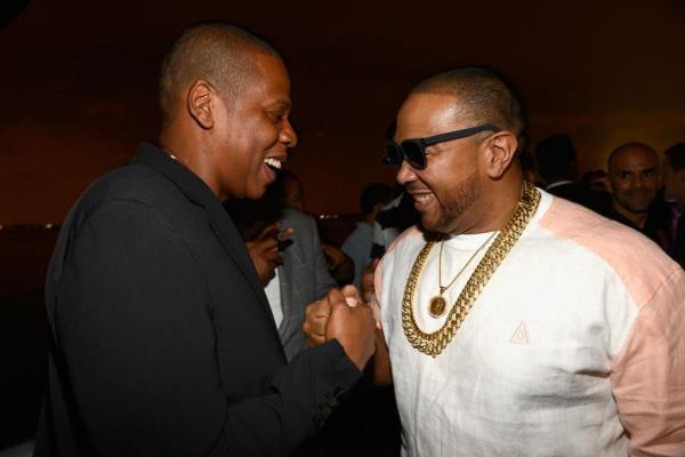 The Magna Carta rapper has revealed the reason for his beef with long-time collaborator Timbaland during the making of The Blueprint 3.

Speaking on Zane Lowe’s BBC Radio 1 show last night, Jay-Z said that Timbaland’s ego got in the way during the making of the record. “The fall out happened at the end of that album… A couple of songs was getting leaked and they were his songs, and it just ruined the whole process,” he said.

“Kanye, who was executive producer of The Blueprint 3 was like, let’s get Tim, let’s bring Tim in, and we were all inviting of him and he just wasn’t accepting of the process. It seemed like it was more about him than the actual album.

“When you go and make an album, you have to put all ego aside… he wasn’t accepting of that thing and that was almost the last straw type of thing, and we just went our separate ways.”

The pair eventually reconciled, with Tim going on to produce much of Jay’s latest album. “I’d seen a new Timbaland, he had this maturity and this growth and I was like, ‘oh, ok, this is gonna work out’,” said the rapper, who will be on Lowe’s show all week to discuss fame (tonight), business and politics (on Wednesday) and family (on Thursday). [via NME]

Earlier this week Jay-Z announced a tour of the UK and Europe – read what FACT’s Tom Lea had to say about his latest effort, Magna Carta Holy Grail.

FACT recently delved into Jay-Z’s back catalogue to look at the producers who helped craft his biggest hits, from Timbaland and Kanye West to Just Blaze and The Neptunes.