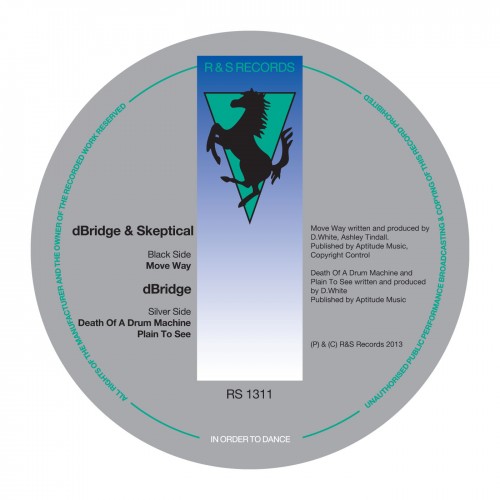 As previously reported, drum’n’bass mainstay dBridge has side-stepped to R&S, a label best known for its work in the techno field, for his latest single.

If you thought that meant dBridge dropping his tempo, then think again – he’s already done that as Velvet, anyway. Instead, ‘Move Way’ is brittle, modern drum’n’bass at its finest, with spider’s nest hi-hats scuttling all over a fearsome kick and bassline combo. There’s nods to Rockwell, maybe, but more than anything ‘Move Way’ reminds us of a fortified version of Shackleton’s ‘I Want To Eat You’. The full EP will be released on August 12.