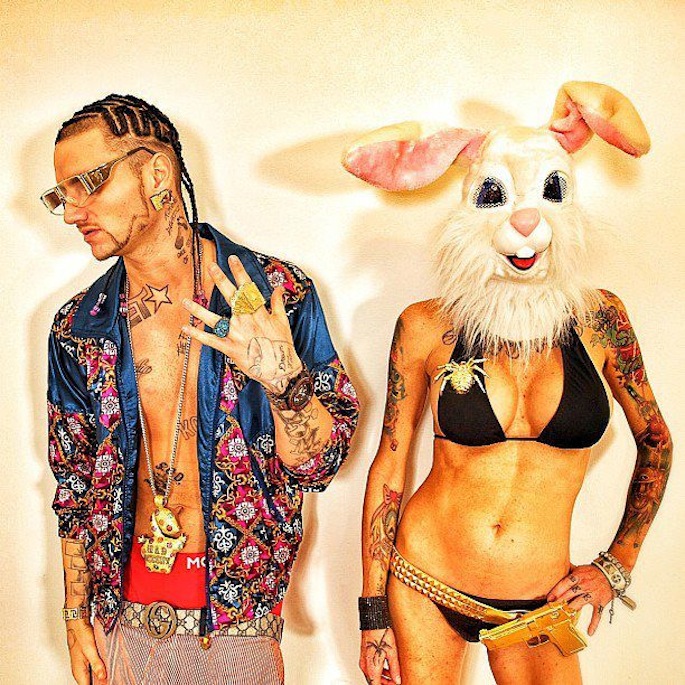 The Mad Decent rapper tells TMZ that he plans to sue the makers of Spring Breakers (and possibly James Franco) for $8 to $10 million, presumably over the similarities between himself and Franco’s grilled, cornrowed Alien character.

“It’s like if I have a front yard. And you’re planting soil and you’re planting trees and building peaches and houses and selling parking lots on my property,” Riff Raff explains, “then I deserve to be compensated for some portion of that money.”

The relationship between Riff Raff and Spring Breakers director Harmony Korine has seen its ups-and-downs: the rapper was (allegedly) originally considered for the role; later, he announced plans for a book with the filmmaker. Lawsuit or not, Riff Raff is “looking forward to Spring Breakers part two.” Watch his video for ‘Mr. Popular’ below.