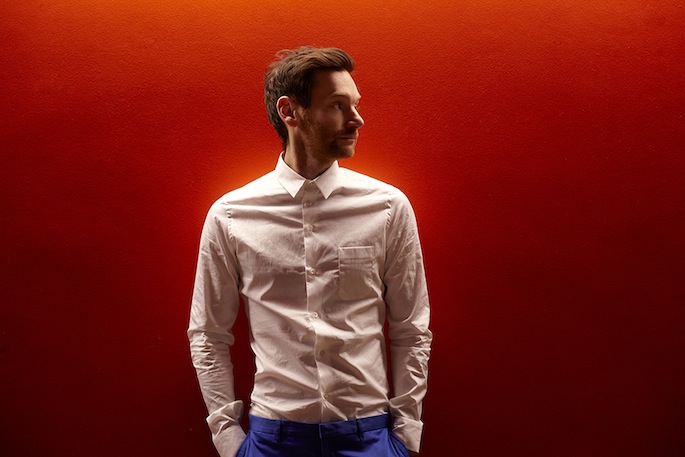 Remember those lush studio clips of talkbox romancer Redinho we posted last week? They were part of a track titled ‘Searching’, released today through Numbers.

Redinho has been a part of the Numbers label since the start, releasing a chaotic first EP in Bare Blips, and then a poppier second single, ‘Stay Together’. It’s no secret that he’s been working towards an album for the label, and if it’s all as good as the twinkling ‘Searching’ then consider us excited. Earlier this year, we interviewed Numbers’ Jackmaster and Spencer – when it came to Redinho, the latter of the two had this to say:

We’re really proud of it, it’s been in the pipeline for three years – I must have at least 20 versions of each track on my computer and an EP or two of unused stuff that is great but didn’t quite fit. Looking forward to people hearing it. It sounds like a proper album listen: melodic, quite poppy in parts, 80s funk/talkbox in bits, atmospheric electronic in others – a range of styles suited to open ears.

He’s a talented guy and – trying not to sound too cliched here – his thing is just ‘music’ not scenes. To me it’s not just ‘dance music’ – he writes songs then produces them. He’s been working his arse off and has a solid live show that’s ever improving too – I hope people will begin to take notice of him this year as I feel he really deserves it – we’ve said it before that’s he’s a bit of a secret weapon and I think this will prove it. We’ve had some unprompted mails from people I trust like Mark Bell, Hudson Mohawke, Mark Ronson, Artwork… musicians and producers seem to be really clicking on to him, that’s a big thing to get right as these people have good ears.

You can stream ‘Searching’ below; it’s available to buy now on iTunes and the rest of them.