Tool reveal that new album is set for “early 2014” 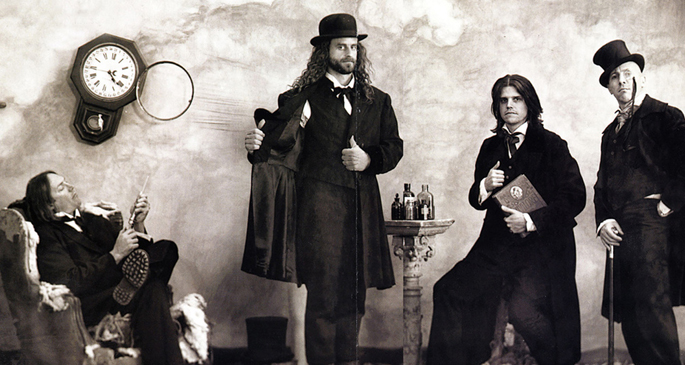 Earlier this year, drummer for art-metal supremos Tool Danny Carey rather abruptly revealed that the band would be releasing a new album some time in 2013, teasing “Sometime this year … that’s all I can say”. This news however was quickly rebuffed by the band’s frontman Maynard James Keenan, who said that there weren’t actually any songs written.

Well this week, Carey informed Loudwire that things were looking a lot more positive, explaining “It’s still the three of us [Carey, guitarist Adam Jones and bassist Justin Chancellor] right now and [we will be joined by singer Maynard James Keenan] soon, you know, just working on all our parts and working on our compositions together”.

Carey added that the album was now unlikely to make his original 2013 prediction, but said that it wasn’t far off, explaining “I doubt we’ll be able to get it out before Christmas. We’ll see how it goes. Most likely, it’ll be early 2014.” We’ll keep our fingers crossed then. [via Metal Hammer]