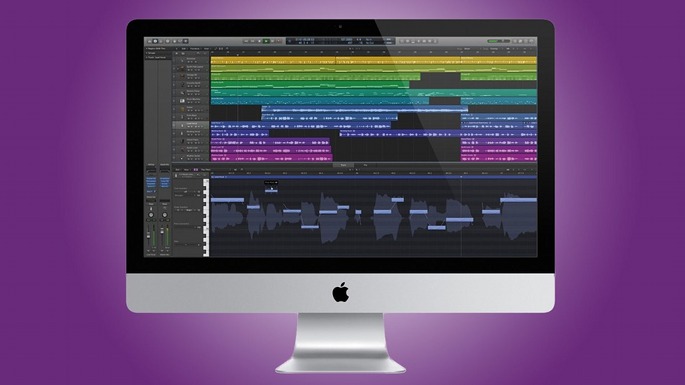 Logic Pro X arrived yesterday with a stash of new –  if fairly cosmetic – features. The interface has been redesigned, with a cosier aesthetic, simpler controls and improved visual snap guides and help functions. Improved drum functions are at the heart of the upgrade: a “virtual session player” called Drummer is now part of the set-up, and an enhanced Drum Kit Designer has also been included.

Mixer and Score functions have been improved, and exporting has also been made easier, with users now able to bounce tracks direct to their Soundcloud account. A new track format, the ‘Track Stack’, has been introduced, which allows users to consolidate multiple related tracks into a single track. An ‘Arrangement Track’ feature makes divvying tracks up into verse, chorus, etc. more simple, and the ‘Flex Pitch’ function allows users to meticulously fine-tune the pitch of any given audio sample. Rather niftily, the software can also now be operated from across the room using an iPad.

As is to be expected, new keyboard, synth, bass and pedal box functions have been added, as have nine new MIDI plug-ins. Head here for a full rundown of the new features. The software retails at £139.99.