“You will just look and wonder, how the hell are they getting this energy?” Richard Mthethwa, better known as Nozinja, also known as Dog, is trying to explain the magical feet-moving properties of the genre he single-handedly created nearly 10 years ago. Shangaan electro is the high-speed sound of South Africa’s rural Limpopo region, where […] 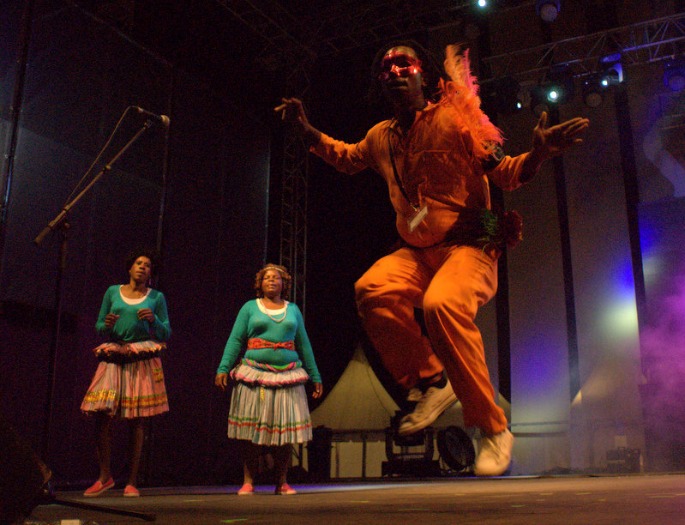 “You will just look and wonder, how the hell are they getting this energy?”

Richard Mthethwa, better known as Nozinja, also known as Dog, is trying to explain the magical feet-moving properties of the genre he single-handedly created nearly 10 years ago. Shangaan electro is the high-speed sound of South Africa’s rural Limpopo region, where dancers gather in the blazing heat to shake for hours to synthesised marimbas and frantic drum fills. The tempo is fast – hitting up to 190 BPM – and still rising, and its creator seems as fascinated by the music’s effect on the dancers as anyone. “This speed is abnormal,” he admits.

Nozinja is in London this week to host dance workshops, performances and a clubnight as part of a tour of cities and festivals around Europe. This his third visit to the UK, and he’s discovering that his audience has bloomed since Honest Jon’s introduced us to Shangaan electro via a definitive compilation back in 2010. The hyperactive sound made its entrance at just the right time, its rapid-fire kineticism finding stylistic cousins in the emergent footwork template and providing an injection of exoticised mania in the sets of DJs like Pearson Sound, who included a Shangaan track on his 2011 Fabric mix. That success was compounded with last year’s Shangaan Shake, a compilation of cannily curated remixes that paired the sound with forward-thinking minds like Actress, Peverelist and, fittingly, footwork innovators DJ Rashad and DJ Spinn.

But all that buzz is merely the tiniest of drops in the great briny ocean in comparison to Shangaan electro’s popularity in its home country, where Nozinja has seen his self-made style become the new sound of South Africa. “Look at house,” he says, referring to the music that has become the bread and butter of the nation’s pop charts in recent years. “About six hits now have been Shangaan – they’re taking things from Shangaan, and some of them come and ask to use one of my songs and they remix it into house,” he says.

Unlike almost all contemporary genres – with the exception of footwork, perhaps – Shangaan electro is about dancing as much as it is about music. While Nozinja is the brains behind the sound, Shangaan wouldn’t exist without the dancers, who breath life into its maniacal tempos and in turn inspire Nozinja to push the sound faster and harder. To that end, he’s brought four of his dancers with him to show us how it’s done in a workshop hosted by the Barbican, and so I find myself tentatively tying my knees in knots with a room full of shy kids and keen parents. Along for the journey are the famed Tshetsha Boys, whose YouTube videos document their bizarre performances in clown masks and boiler suits, and two women dancers wearing the traditional xibelani skirts which emphasise the waist-winding focus of the dance.

Now, I like to think I can dance, as the TV catchphrase goes – but Shangaan dancing is a mighty leap and a hundred ass-wiggles-a-minute away from the casual side-to-side shuffle that makes up the bulk of my Saturday night repertoire. Within minutes my forehead is glistening in the hot and airless room at Hoxton Hall, and we’ve only got as far as twisting our waists in time to the music – which, it must be emphasised, rattles along at over 180 bpm (a typical house record cruises at about 120 bpm). Once the bum-shaking element is mastered, the troupe throw in a few foot movements and an arm flap here and there, which seem easy until you try to keep them up for more than a few bars. Meanwhile Nozinja ups the tempo again and again, derailing our efforts as we stomp along with increasingly panicked grins on our faces.

And if you thought the tracks on the first Honest Jon’s compilation were fast, wait until you hear what Nozinja’s been working on since then, spurred on by the dancers’ seemingly endless reserves of energy. “Speed counts,” he tells me later. “No speed, no dance.”

“People say I’m a lucky guy. I say no, I’m not – it’s how you do your marketing strategy.”

Nozinja himself cuts an unlikely figure as a musical pioneer. Now in his mid-forties, he’s what your mother might call larger than life – rotund and jovial, with a missing tooth cutting a hole in his smile. Before Shangaan, he was a successful entrepreneur with a string of mobile phone shops, but in 2005 he gave the business to his younger brother and holed up in his home studio, determined to make it in the biz.

“When I left the shops to him, I didn’t know what was going to happen to me in the music industry,” he explains. “But instead of being excited and saying thank you, he went to my older brothers and said, ‘Something’s not right with him.’

“And they came and found me in the studio and said, ‘Are you okay? What are you going to provide your family with?’ I said to them, ‘This is my future. I’m going break into this industry, I’m going to rule in this industry.’ It took me a year and a half to break into it, and when it became big – ahh…!”

Nozinja enlisted two local producers to help get him started, but soon brushed off their ideas and started replacing the traditional Shangaan sound with an all-electronic aesthetic based around MIDI keyboards and plasticky marimbas. “I would say, ‘What is this?’ They’d say, ‘It’s a song, it’s a hit.’ And I say, ‘No – it might be a hit to you, but I don’t need a song for local people. I need a song for a broader community. I don’t need this bass, this bass is old.’ They didn’t understand! Until I sat down and then we did the song, and everyone said, ‘What is this?!’ But when excitement started to pour down on them, everyone said, ‘Oh-ho, this guy’s a genius.’” 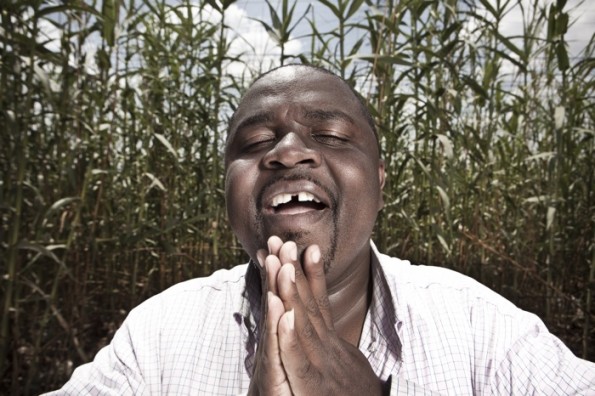 Almost every Shangaan electro song appears to be made by Nozinja – he continues to be virtually the only source of new material, from the music itself to the equally popular video clips documenting the best dancers on the scene. Rather than tapes or CDs, locals pick up DVDs to keep tabs on the latest songs and dance moves. After all, as he explains, “Seeing is believing.”

After shooting the footage, he goes back to his studio to edit clips and find inspiration for his next song. “I’m just looking at their legs with no music,” he explains, “and then I will make music out of that visual.” It’s an approach that seems alien to our own romantic notions of the artist as a solitary genius, dedicated to creating music they like and believe in first and foremost, with the typical addendum, “and if anyone else likes it, that’s a bonus.” For Nozinja, though, giving the dancers what they want is just good business.

“People say I’m a lucky guy. I say no, I’m not – it’s how you do your marketing strategy. Before I do a song I will ask, who am I doing songs for? Will this particular person accept this type of song? If the answer is no, then you have to sit down and analyse. You might be doing a song that is not going to sell.” So the music and the dancing are equally important in Shangaan electro? “Exactly.”

How many records does he think he has sold? He takes a long breath. “A lot. I’ve sold a lot of records,” he smiles. “The only thing is, in South Africa now we’ve got this piracy thing. But I always tell them, if they don’t pirate you, then you’re not doing a good job!”

A few hours after my limb-jarring virgin foray into the world of Shangaan dance, I’ve recovered enough to find myself in the basement of Birthdays, the Stoke Newington venue that tonight is hosting Nozinja and his now label boss Daphni, following the release of the ‘Heke Heke/Hoza’ single on Jiaolong in January. It’s cripplingly hot, but once the now-familiar marimba madness kicks in it at top volume, it all seems to make sense and the crowd dutifully get stuck in and sweaty. Nozinja only plays for an hour, but by the halfway mark we’re struggling to keep up with the ever-climbing tempo as sweat pours off every surface. What did he make of the atmosphere, though?

“Amazing,” he sighs. “I was sceptical before I went to play, I thought, my god, will they dance for an hour with this music? They proved me wrong. They danced more than I could think, and then when I’d finished they still wanted more!”

Now more popular than ever, Shangaan electro “will grow even bigger and bigger” in the next few years, believes Nozinja. But what will he do once the style evolves or fades away, as all genres eventually must? A few years ago he set up a hotel in Limpopo as a form of retirement plan, which his wife runs in his absence (his brothers were sceptical of that one too, he notes, “and now my hotel is the busiest in town!”). But will he ever retire from music?

“I am a businessman,” he admits, “but music controls me. Music made me who I am today.”

Shangaan electro workshops and performances continue in this week in Glasgow (Wed 17 July), Manchester (Fri 19), Liverpool (Sat 20) and Sheffield (Sun 21) before the troupe hit Europe. More details can be found on Facebook.