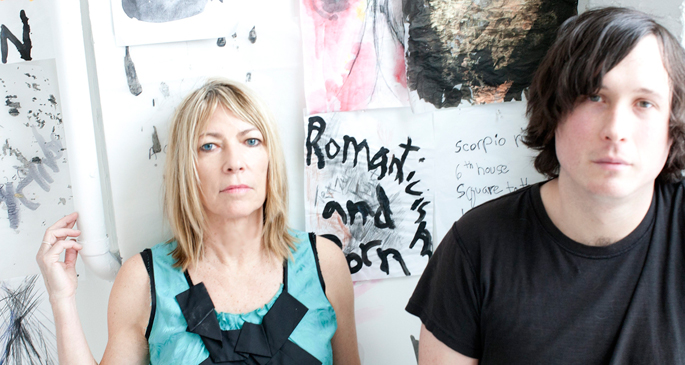 Body/Head take their show on the road.

With the duo’s Matador debut Coming Apart just around the corner, Sonic Youth’s Kim Gordon and renown avant-guitarist Bill Nace have announced a slew of U.S. dates in support. Those who have heard Body/Head before will know how important the live shows actually are – here’s a band that lives and dies in the live environment, and their improvised, electric noise is what makes the duo so damned crucial.

Art-school grad Gordon is also due to open an art exhibit at the White Columns Gallery in New York on September 7th. Entitled Design Office with Kim Gordon Since 1980, it is due to run until October 19th and from the sound of it collects up the last three decades of Gordon’s art under the Design Office banner.

Coming Apart is due for release on September 10 via Matador. [via Consequence of Sound]