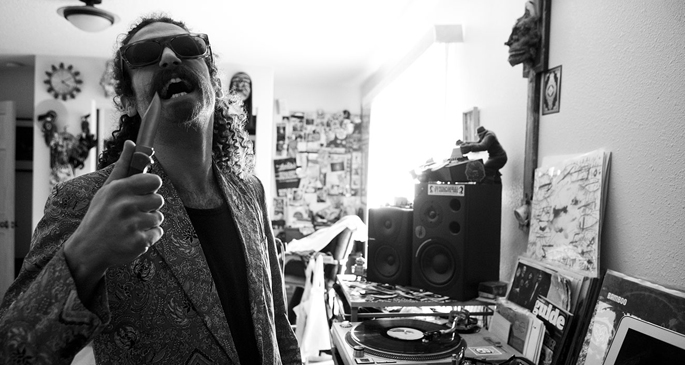 After leaving hospital just three days ago, The Gaslamp Killer has explained the accident that has caused him to cancel a series of European and Asian shows to the LA Weekly.

The most unexpected revelation is that the producer was apparently told by doctors that he was three hours away from dying from internal bleeding, and the detail in which he’s prepared to go into is pretty shocking.

The incident itself was a total accident: as the wind blew off his hat, The Gaslamp Killer removed a hand from his small motor scooter and tried to put on the brakes, but instead of slowing the vehicle flipped. “It flew on top of me and I was going downhill. And it felt like when a super villain pounds the superhero into the concrete, and it breaks. I felt pummeled underneath the pressure. It could have bent me in half” he explained.

The producer maps out the different parts of his treatment, and talks bluntly about how it’s left him without a spleen and with a series of staples across his chest. He also reveals that he can’t drink or do drugs any more, “I literally could fucking die from alcohol. I could load up and turn blue and die from a night of drinking. Fall asleep and not wake up. I’m not talking like ecstasy and coke. I’m not even talking psychedelics. Just drinking.”

Thankfully, although he has to rest up for the near future, he has a positive attitude about the time off: “I feel like I was given this opportunity to slow the fuck down again, and get inside my own head, and really try and create some dope music instead of fucking burning my brains out. It’s time for me to go back inside my soul and see what comes out.”

Read the article in full here.