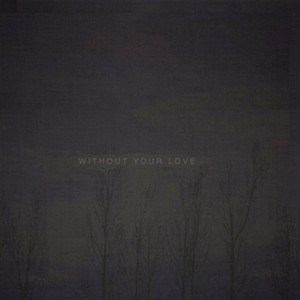 So maybe there are those of you who’ve clicked on this article purely because you’ve spotted witchhouse-r Chris Dexter’s hipster recording alias, and right now you’re ready to hate-read the shit out of a 4 star review with the kind of loathing normally reserved for molesters.

Witchhouse, the archetypal hipster genre, gets a bad rap, and has done ever since godfathers Salem landed on the net. Some say it’s disposable (flaky hipster fluff), or musically amateur, or indeed contrived, but since when have these traits ever been a bar to good music making? And shoot me down, but aren’t the majority of brand new genres in this, the era of rehash, the product of the hipster zones? You could also argue that the ghost-y indie rn’b / witchhouse artists are no different to their vanguard counterparts in dance music and electronica, who conversely are seen as credible. Take the lo-fi system music of the ‘knackered house’ artists, say, or the hauntological techno of Demdike Stare. OK, sure, oOoOO is a dick name, and should Dexter ever collaborate with ∆lt-J I think I might have to buy a gun and m♥rder someone. But if any witchhouse album is going to overturn your prejudice, it’s Without Your Love.

Gothic and druggy, witchhouse offers a psychedelic hit that’s almost unique in urban-inspired music – though there are exceptions, including of course, DJ Screw. On’ Stay Here’ Dexter leads us down through a constellation of skittering Roland patterns and into an panorama of weeping John Carpenter synths, before, on the other side, collaborator ML purrs her words of passionate nothingness. Against this backdrop, the sundown Memphis-ian beat is uncannily detached.

Not only psychedelic, witchhouse has devised a unique way of expressing loss in hip-hop, or, you could argue, music as a whole. Listen to enough of it and pretty soon you realise that ghostly aesthetics are used as a metaphor for bereavement, or a lost lover (or alternatively – love dying), or simply the living death that is your own post-relationship ennui. The beats, slowed to nothing and stripped of musical narrative and events, recall an aimlessly drifting soul in some purgatory, while the chillwave-indebted textures are themselves ghost-like: semi-transparent, immaterial and anaemic. And what else is at once scary and sad, but loss?

Dueting with Dexter on ‘Stay Here’, ML pleads to her wounded lover that “Baby, I’m not the one” but adds “Please can you stay here?”. It’s the Laurie ‘O Superman’ Anderson-esque autotune setting treating her voice that’s crucial – because it’s soulless. Likewise, with a similar vox treatment on the title track guiding ML’s sad “You don’t want me / Anymore”, the sentiment drips through as the joylessness of the domestic vampire, Anne Rice style. “I sleep through the day / I want to be normal /wanting you”: a plea to just feel something, even if it’s pain, in order to feel human again. Elsewhere, with ML’s angelic voxed backed into an inexorable, mechanical synth-throb, ‘Mouchette’ echoes Andy Stott’s anti-techno. It also prises Dexter from his beloved 808, as is the case on album highlight, ‘Misunderstood’: another Stott-like track though this time nodding to darkside jungle and other parts of the UK ‘nuum. Imagine Shackleton transmitting from a broken satellite with a glitching mixer with a mind of its own, over shots of earthquake-at-the-centre-of–the-world sub-bass and Stott’s non-dance rhythm. Got it? Good.

Also included is a host of straight-up witch-y tracks – with the hip-hop element reduced to nothing. ‘Across The Sea’ is essentially a guitar and piano track, for example, or ‘Crossed Wires’, where reversed vocals, sporadic bass drops and the sound of a church bell tolling face off with Aphex-ian snare patterns, which Dexter has processed to sound like dry leaves blowing around a kind of dot-matrix cemetery.

Generally, Without Your Love‘s drum programming is pretty pedestrian, while on some of the more abstract beatless tracks (opener ‘Sirens’) Dexter’s fractured art-scaping isn’t as interesting or indeed artistic as he thinks. But if you’re a fan of melted inversions of pop tropes then there’s ephemeral thrills for the taking here. If nothing else, it’s proof that the king of all flash-in-the-pan fads ought not to be written off just yet. Witchhouse appears unable to develop far beyond its basic origins, but Dexter instead hones, and in the process has produced something of a genre zenith – making slow-moving, essentially eventless music persistently compelling. No mean feat.